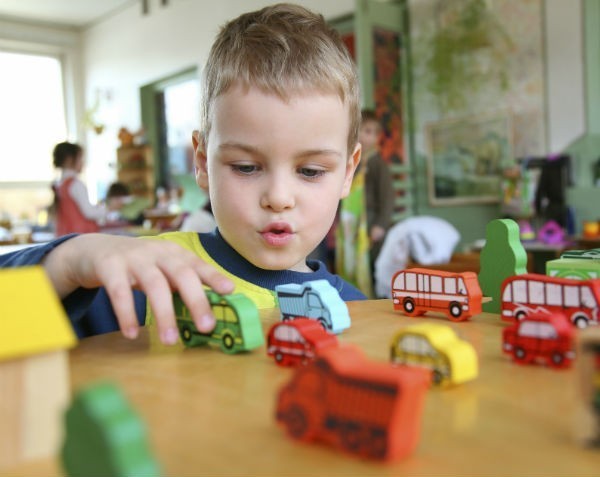 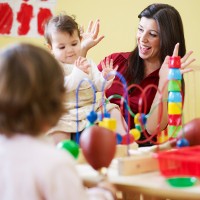 As Australian companies move into the new financial year, business information analysts at IBISWorld reveal the industries set to flourish and those set to flounder over the next 12 months.

Business information analysts at IBISWorld expect the new financial year to be characterised by the transforming resources boom, continued technological advancement and changing levels of government support for some sectors. While some industries are preparing for a boom year, others may have to limit their expectations. Changing priorities within government departments and the private sector will influence industries’ performance in the new financial year.

While the resources boom has provided a foundation for the strong growth anticipated in oil and gas extraction, large falls in investment have the potential to damage industries that service the construction of mining projects. Growing subsidisation of childcare services will cause that industry to soar, while lower interest rates are expected to weigh down revenue for banks and credit unions.

Oil and gas extraction in Australia

Production growth will be driven by natural gas projects off the coast of Western Australia, including the Gorgon, Wheatstone and Prelude projects. The Gladstone LNG project on Queensland’s Curtis Island can convert coal seam gas into LNG and began exporting in early 2015. According to IBISWorld senior industry analyst Ryan Lin, “there has been unprecedented capital investment in oil and gas extraction over the past decade, the benefits of which are anticipated in 2015-16.”

“Strong demand from Japan for natural gas will be met by increasing LNG production across Australia. Investment in export facilities will also make the Japanese market more accessible to Australian producers,” said Lin. “In conjunction with growing production, selling LNG at global prices, rather than the cheaper domestic prices, will provide an additional boost to industry.”

Growth in female workforce participation and strong government support for childcare providers are projected to support industry revenue growth of 12.2% in 2015-16, continuing a robust growth trend. Demand for childcare services continues to expand, as more and more families become dual-income households and enrol their children in childcare.

“Government subsidisation through the Child Care Benefit and Child Care Rebate is providing strong support for childcare providers, as much of the out-of-pocket cost for parents is covered,” said Lin. “After receiving the Child Care Rebate, provided income tests are met, the Federal Government will subsidise 50% of parents’ out-of-pocket costs up to a cap of $7,500, which largely prevents demand from weakening even as prices rise.”

“The industry’s growth potential is evident in the expansion of newly listed players, such as G8 Education and Affinity Education, which have each pursued a strategy of acquisitions over the past five years,” added Lin.

“In the current year, revenue growth will be driven by greater demand for cattle from Australian meat processors, as they attempt to meet strong demand for Australian beef in export markets,” said Lin.

“Rising incomes across the Asia-Pacific region are expected to fuel stronger demand for high-quality Australian beef,” added Lin. “Demand for beef cattle will continue to increase as meat processors ramp up production of beef bound for foreign markets.”

Fund managers generate revenue through their returns on managed assets and the fees generated on these assets. The presence of cheap debt, higher levels of wealth and a return to strong performance in equity markets following a low in late 2014-15 are expected to contribute to a positive year for fund managers, with revenue growth forecast at 10.6% for 2015-16.

“Low interest rates are expected to encourage investors to use managed funds, which are typically able to generate greater returns from cheap debt,” said Lin. “The rising value of funds under management will result in the industry generating increased revenue from fees. The expanding presence of the fund-of-funds model will further draw investors to the industry as it makes available a wider range of asset classes and greater investment diversification.”

The growth of cloud computing and increased data usage are projected to result in a boom year for data centres. Limited floor space and weight loading in office buildings prohibit the expansion of in-house servers. As cloud computing becomes a more cost-effective means of expanding server space, businesses are expected to continue outsourcing their servers to external data centre operators.

Data centres provide other benefits to customers beyond simply lowering costs, although the ability for businesses to reduce operating costs is looked upon favourably. “High data usage is taxing the capacity of in-house servers and driving businesses towards data centres, which can provide cost advantages through their high economies of scale,” said Lin.

Data security can be a concern for businesses, as proprietary electronic information is passed on to a third party when using data centres. However, the industry is expected to benefit somewhat from the security concerns of major clients, like government departments, who are less likely to offshore their data centre arrangements.

The new financial year will mark the first full year of the ceramic product manufacturing industry’s operation without GWA Group Limited, formerly the industry’s largest player. According to Lin, “GWA Group made up a large portion of industry revenue through sales of its Caroma and Dorf brands of sanitary ware and bathroom ware. GWA has moved the ceramic product manufacturing operations offshore and there are no Australian manufacturers expected to pick up the slack.”

GWA Group has moved their entire ceramic product manufacturing operations offshore. This is indicative of the long-term trend afflicting manufacturing industries, as they have struggled to compete with low-cost imports from Asian countries that have lower wage costs and greater economies of scale.

“While GWA Group’s shift to offshore manufacturing is the most significant factor in the industry’s decline, sales of locally manufactured refractory and specialist ceramic products are also expected to take a hit in 2015-16, as demand from the iron smelting and steel manufacturing industry continues to dwindle,” said Lin.

Credit unions and commercial banks generate revenue based on the size of their lending books and the interest they receive on these lending books. Historically low interest rates are expected to result in significantly lower revenue generated on the loans held by institutions within these industries.

The RBA reduced the cash rate by 25 basis points in both February 2015 and May 2015, and these rate cuts were passed on by credit unions and the banks. “Credit unions and commercial banks have increased their activity in the residential property market, as demand for housing has boomed,” noted Lin, “but lower interest paid on their growing lending portfolios will have an adverse effect on revenue.”

“The majority of large-scale mining projects have now been completed, leaving little room for further capital investment in mining projects,” said Lin. “Site preparation operators are expected to rely on traditional infrastructure projects for growth in 2015-16, such as building, road and bridge construction. However, these projects are not expected to generate the same level of returns as mining projects.”

Machinery and scaffolding rental in Australia

Demand for machinery and scaffolding rental relies on demand for heavy construction in mining and infrastructure projects. While demand from residential and non-residential building construction is expected to maintain stable growth, the drop-off in mining investment will negatively affect the industry.

“Investment in mining projects is being wound back from its previous high levels, as mining companies enter the production phase and hold off any new site development on the back of lower commodity prices,” said Lin. “While demand from traditional construction activity will grow, and mining companies in a production phase will continue to rely on rented machinery, this will not be enough to offset the decline in mining investment.”