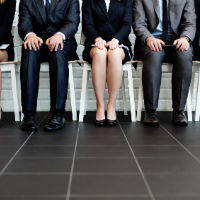 Australia’s unemployment rate has hit its highest level in 12 years, prompting business groups to question the “rigidity” of the country’s industrial relations system.

Data from the Australian Bureau of Statistics released yesterday shows the jobless rate swelled to 6.4% in January, its highest level since August 2002.

The announcement had an immediate impact on the Australian dollar, which dropped below US77 cents.

Read more: Five ways your SME can mitigate the risks of a volatile Australian dollar

The Productivity Commission has begun its wide-sweeping review of the Australian workplace relations system but business groups say SMEs have their hands tied when it comes to creating new jobs.

Kate Carnell, chief executive of the Australian Chamber of Industry and Commerce, this morning told SmartCompany the rigidity of the industrial relations system, particularly when it comes to downsizing staff, was a significant roadblock to SMEs employing more staff.

“We desperately have to make it easier for SMEs to employ and shed staff if business doesn’t go well,” says Carnell.

“The industrial relations system is so rigid, it’s a risk to employ people when it’s really hard to down size.”

Carnell says both the government and opposition agree jobs will come from the SME sector, so both parties should support the creation of policies that make it easier for employers to be more flexible with work arrangements.

“If both got together and supported that it would make a difference immediately,” she says.

Carnell is calling on the government to reinstate the SME exemption for unfair dismissal laws to “free up” employers to expand and downsize their workforce as business conditions dictate.

“Nobody likes to get rid of employees, especially for small business they are seen as part of family, but small to medium businesses won’t employ if there’s no capacity to downsize later on.”

Peter Strong, executive director of the Council of Small Business of Australia, told SmartCompany he agrees the fear of unfair dismissal laws and “getting it wrong” is holding many SME employers back from taking on new staff.

“The problem is the small business that do want to employ are finding it too difficult,” says Strong.

Carnell believes the unemployment problem is larger than these latest statistics, noting declining employment has been aligned with weakening business confidence, which has been falling since the last election.

“I think we need to look at [unemployment] trending. Yes, we did see a downtown in December, but the trend has continued to be up over significant period of time.”

SMEs have been feeling a further pinch by a downturn in consumer spending, according to Carnell.

“What SMEs are telling us is confidence is low, but the main problem is consumer demand is low. People are keeping more money in pockets. Even though petrol prices and interest rates are low, and there should be more money flowing, that is not evident,” she says.