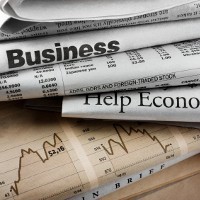 Retail conglomerate Wesfarmers turned over $13.1 billion in sales from stores in the first three months of 2015, with hardware chain Bunnings the fastest growing brand within the portfolio.

While supermarket giant Coles turned over the majority of total company revenue at $8.6 billion, Bunnings $2.3 million sales showed the strongest growth for the period within the Wesfarmers stable, rising 12% on the same period last year.

The figures come as Bunnings continues to eat market share away from Woolworth’s Masters and independent hardware stores.

Food and liquor sales for the Wesfarmers group grew 5.4% compared to the March quarter last year to $7.1 billion.

Meanwhile department store sales were mixed, with revenue at Target dropping 1.6% in the quarter, while Kmart posted a solid 10.9% growth.

A Victorian logistics company has agreed to back-pay eight truck drivers a total of $260,000 following an investigation by the Fair Work Ombudsman.

Merri Transport Company was found to have underpaid six long-distance drivers more than $248,000, after the workers did not receive severance pay or wages in lieu of notice when they were made redundant.

The regional business was found to owe almost $12,000 to two other drivers, who had been underpaid a range of entitlements, including their “cents-per-litre” rate, loading and allowances for public holidays.

Acting Fair Work Ombudsman Michael Campbell said in the statement this is not the first time Fair Work has received complaints about Merri Transport, but the regulator offered the company an enforceable undertaking as an alternative to litigation.

In addition to back-paying the workers, Merri Transport has agreed to apologise in written to each of the workers, arrange for workplace relations training for its managers, commission an external review of its pay practices and conduct a self-audit of its record-keeping and pay slip practices.

Aussie shares have traded lower this morning, despite gains on Wall Street overnight.

Tristan K’Nell, head of trading at Quay Equities, said in a statement volatility in commodity markets is still affecting local investors, even though the price of iron ore continues to rise.

“Given no major economic data and the US Federal Reserve meeting ending tonight, it was no surprise that the market saw some selling, with little incentive to make any large moves today,” K’Nell said.