What do you need to know about the G20? A SmartCompany Q&A 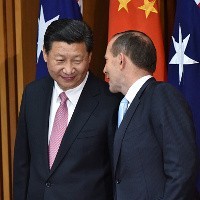 The G20 has wrapped up for another year, with world leaders today leaving Aussie shores to return home after the weekend talkfest in Brisbane.

As we wave goodbye to the dignitaries and warships, Australia now looks to implement the growth agenda pushed for by Prime Minister Tony Abbott as host of the this year’s summit.

The Brisbane Action Plan committed to a higher than anticipated growth target, with leaders agreeing to collectively boost global growth by 2.1%.

“Our focus now is to get on with the job of implementing our commitments while remaining alert to new and emerging risks,” said Abbott is a statement yesterday.

“This is new growth, over and above business as usual trends.”

But with his government’s budget still facing major roadblocks to pass reforms through parliament, can Abbott deliver anything besides business as usual?  SmartCompany takes a look at the burning questions.

So, what was actually decided on the weekend?

The big decision was the 2.1% commitment to growth, which is expected to add US$2 trillion ($A2.2 trillion) to global activity by 2018.

The ambitious new objective is seemingly a win for Abbott, who had pushed the target as the key goal of the G20 meeting.

“Early in Australia’s G20 Presidency we set an ambitious target of getting all countries to commit to measures that would deliver at least 2% additional GDP over five years,” said Abbott.

“The benefits of that growth will be felt worldwide, not just in G20 member nations.”

The G20 countries each provided a list of more than 800 policies and programs they will put in place to achieve the target.

As expected, tax evasion was also on the agenda and got a good look in by leaders who agreed to challenge tax avoidance by multinational companies by 2015.

“This will make sure that big business pays tax in the same place it earns its profits.  It will help secure our revenue bases and restore integrity and fairness to the global tax system,” said Abbott.

The G20 agreement also addressed the gender imbalance in the global workforce by committing to boost female participation by 25% by 2025, potentially bringing 100 million women into work worldwide.

Were there any surprises?

Despite Abbott’s push to focus solely on the economy, climate change was put back on the global agenda by US president Barack Obama.

The G20 leaders agreed to a further commitment to climate change, including support for the United Nation’ ‘Green Climate Fund’, which is designed to help poorer countries and encourage countries to commit to new emissions targets.

Abbott, who had been attempting to silence the issue in the lead up to the summit, admitted G20 leaders had support strong for effective action to address climate change and said Australia would follow suit.

“Consistent with the UNFCCC, our actions will support sustainable development, economic growth and certainty for business and investment,” said Abbott.

What has Australia signed on for?

Australia’s strategies to implement the reforms agreed to on the weekend were largely based on what had already been tabled in May’s budget.

The government committed to investing $50 billion in road and rail infrastructure projects to boost jobs, as well as $5 billion for recycling state government assets.

It also pointed to its ambitions to cut company tax by 1.5%, its paid parental leave scheme and its promised review of workplace laws.

The government had committed to cut the company tax rate from July 2015 in the may budget papers but has so far failed to pass any legislation on the cut.

Its paid parental leave scheme has also been under fire since its announcement and is yet to pass through parliament.

An independent review of workplace laws is anticipated to be held next year.

Will it actually happen?

With much of the key commitments currently being blocked in the Senate by Labor, the Australian Greens and key crossbenchers, the Abbott government will have an uphill battle to keep up Australia’s end of the bargain.

“Everyone is determined to deliver on their plans and if you can’t deliver on these plans you have to find additional plans,” Treasurer Joe Hockey told reporters on Thursday.

“Because the only way we are going to get economic growth is through structural reform here in Australia and right around the world.”

Speaking in a television interview, Opposition Leader Bill Shorten did not go so far as to say he would deliberately block the Brisbane Action Plan.

“Let’s have a look at it,” said Shorten. “I approach it with an open mind, I’m sure there’ll be some things that we’ll be happy with, but I’m also interested to see if it’s dealt with some of the real issues that Australia and the world are facing.”

So, what will it mean much for you?

While it was promised small business would be adequately represented at the summit, much of the Brisbane Action Plan will only have an indirect effect on SMEs.

The free trade agreement with China, worked out on the sidelines of the G20 stage, will likely have a much greater impact on Australian small businesses.

However, SMEs will likely be happy to see multinational tax evasion finally in the crosshairs.

“SMEs compete with big business, and if you are competing against someone not paying much tax, there is an unfair advantage,” said Carnell.