What does the Murray report say about the SME banking sector? 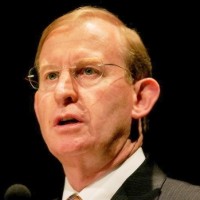 The dominance of the Big Four banks and how this impacts on access to and cost of finance is a hugely important issue for many of the 2 million Australian SMEs that employ almost 70% of the workforce and account for over half of the output of the private sector.

The 460 page report on the Financial System Industry (FSI) released earlier this week is an interim report and as such makes no final recommendations. Rather, FSI chair David Murray and his colleagues have considered submissions from a range of stakeholders and here are some of their findings, together with commentary from the perspective of SMEs.

The report notes “the banking sector is competitive, albeit concentrated”.

On a sector basis this is largely true but some segments such as SME lending are less competitive than others such as mortgages and credit cards.

The business banking market is certainly concentrated with the Big Four, including satellite banks St George and BankWest, controlling nearly 90% of the market. And whilst everyone would acknowledge that the Big Four do compete against one another, it doesn’t automatically follow that there is genuine competition. In fact, many SMEs believe there is little difference in their business banking offerings.

The report notes “interest rates on SME loans are generally higher than those for large business loans and mortgages”.

The table below shows interest rate spreads (margins) on SME loans have increased since 2007 relative to other loan types. This would come as no surprise to the thousands of SMEs who have had their lending margins and fees increased in this period.

Perhaps surprisingly to some, the report notes “access to external debt funding is not a major issue for most SMEs”. The report cites ABS Statistics that, since 2006-07, loan approval rates have been well above 80%.

If more than four in every five loan applications by SMEs are in fact approved, then arguably “access” is not a problem at all. Of course, many SMEs would be bemused by this statistic because it has the hallmark of the “hidden unemployment” factor, where the unemployment rate can be distorted by the number of people who have given up looking for work.

Many SMEs either give up on or don’t even bother trying to get a loan from a bank because they believe that “it’s all too hard and they are all the same anyway”.

“SME loan application processes can be cumbersome for a range of reasons”.

What makes the SME lending market so difficult?

Notwithstanding this apparent high loan approval rate, the report goes on to state “there are structural impediments for SMEs to access finance including information asymmetries” and these are “the most significant structural factor contributing to the higher cost and lower availability of credit for SMEs and can be a barrier to competition in SME lending”.

“Information asymmetries” seems to be a new phrase describing the difficulty lenders have in obtaining quality, timely and standardised financial information on SMEs in order to make considered lending decisions. In its submission to the inquiry, the Australian Bankers Association (ABA) notes:

“Small business loans carry higher risk as small business incomes are more volatile, the arrangements to secure the loans vary significantly, and lenders generally are offered less information to make an assessment of risk partly due to a shorter financial history. As a result, lenders charge small businesses a premium for the higher risk”.

The ABA has a valid argument when it says lending to SMEs is more risky than lending to bigger companies but this is not the only reason why margins on SME loans are higher.

On their own, an SME has little bargaining power relative to their bank. Following the GFC – when the banks found it hard to maintain earnings figures due to rising bad debts and low demand for credit – they looked to maintain and grow revenue where they could do so with minimum backlash.

So where to from here?

There are no quick fixes for the challenges SMEs face in accessing competitive banking services.

Certainly the Big Four are comfortable with the Four Pillars policy, but sooner or later market forces aided by new technology will challenge the status quo. In the meantime, the report does suggest a number of government lead possibilities some of which are more challenging than others in terms of politics, cost and practicality, including:

Having issued their interim report, the inquiry is now calling on interested parties to provide comment and suggestions on these as well as the many other issues raised. The final report is due to be released in November this year.

Neil Slonim is an independent business banking advisor and commentator. He is the founder of TheBankDoctor, an online resource centre designed to help SMEs understand, quantify and mitigate their bank risk.