What will the G20 mean for SMEs? 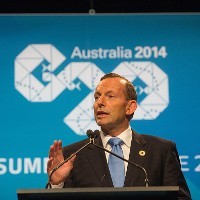 The leaders of the G20 nations are currently converging in Brisbane for this year’s summit.

While some local small businesses have complained about the impact that a city in lockdown has on business, it is expected that this weekend’s summit will have far more serious consequences for Australian SMEs.

With Australia in the driving seat as president of this year’s summit, Prime Minister Tony Abbott has sought to make economic growth the G20’s top priority this year.

“It won’t be a talkfest,” said Abbott in a statement earlier this week. “It’s an economic summit – so it will focus on what can be done to create jobs, identify tax cheats and improve the world economy.”

Global growth has been touted as the big ticket item for discussion, with the G20 expected to detail a growth strategy to lift the global GDP by 2%, adding around $US2 trillion to global production, according to forecasts by the IMF, OECD and World Bank.

“We have a very clear goal – to boost global economic growth by 2% above what is currently expected over the next five years,” said Abbott.

But what will it all mean for Aussie SMEs? SmartCompany takes a look.

Will SMEs be represented?

According to Small Business Minister Bruce Billson, small business will be well represented at the G20 Summit.

He told SmartCompany he had hosted a B20 leaders event in the lead up to the G20 to ensure small business was “front and centre” of the G20’s goals of economic growth of 2%.

“I’m quite proud of what we’ve been able to do to elevate and reinforce the role small businesses and family enterprises have in the prospects of the G20 countries,” says Billson.

He says next year’s G20 host, Turkey, will follow Australia’s lead and also host a stream of G20 events focused on SMEs and this is “testament to what Australia has done”.

“We’ve sought to ensure SMEs remain top-of-mind and front and centre,” he says.

Any growth in the global economy is good for small business, says Peter Strong, executive director of the Council of Small Business of Australia.

Strong told SmartCompany the global growth agenda has the potential to address global regulations, red tape and international trade – all of which affect SMEs.

“It means that if it works, we get more equality than we have at the moment,” says Strong

Billson says all aspects of the G20’s work will affect SMEs, from access to finance, which he described as “a crucial issue” to fairer tax arrangements that provide “certainty and consistency”, an improved regulatory environment and more opportunities for trade.

Strong says the biggest issue for SMEs at the G20 is tax, and the matter of multinational companies avoiding their obligations.

“We want to see everybody pay tax on the profits they make, where they make it,” says Strong.

Strong says the issue is not only moral, but also economic. “Small businesses are not competitive because we do pay out tax.”

“The SMEs compete with big business, and if you are competing against someone not paying much tax, there is an unfair advantage,” says Carnell.

Carnell says the small to medium-sized business wish list is not that dissimilar from the broader business agenda, highlighting a need to address access to finance for both ends of town.

But Strong warns the G20 will have to consider unintended consequences of changes to regulations around access to finance.

“Let’s not overact given the GFC was concerned with that,” says Strong.

Investment in new business developments and opportunities has largely been funded by cash or equity since the GFC, according to David Lane, director of Wealth Management at Pitcher Partners.

“In many cases, this conservatism is appropriate, but in some there remains a reluctance to encourage enterprise,” says Lane.

Carnell and Strong both agree any new trade agreements will have a major impact on SMEs, although strong describes the issue as “a double-edged sword”.

“Australia has a history of opening up borders and other countries don’t have that history. We have to be careful we don’t create more competition within our own domestic economy without getting the rewards internationally,” he says.

Strong says it’s important that any changes to regulation don’t just look to deal with issues created by the big business during the GFC.

“We don’t want big business to get the leg up, while small business suffers,” he says.

Jana Matthews, director of the University of South Australia’s Centre for Business Growth, told SmartCompany she hopes the G20 focusses on the creation of wealth before it tackles the issue of redistribution. For that she says, they need to put tech stratups on the agenda.

“We need to ask, ‘how do we get the engine going?” says Matthews. “If they [tech startups] grow quickly, they add jobs and create wealth. Policy makers need to grasp the opportunity that is in their hands.”

She says the tech industry has made it possible for companies to grow globally for less capital and the G20 leaders must back policies that support and accelerate that growth.

“My hope for the G20 would be that they understand the seismic shift digital is creating and look at what other countries are doing… It’s about taking a bold step to support digital startups and enabling them to grow.”

How big will the impact be?

Carnell says it is not a good idea for business to have “too much of a shopping list” when it comes to G20 outcomes.

And Strong says it’s a game of “wait and see” but he hopes the summit will have some lasting impact on the both the global and domestic political agenda.

“It’s one thing to say on the international stage that small business should be supported, it’s another to go ahead and act the part,” he says.