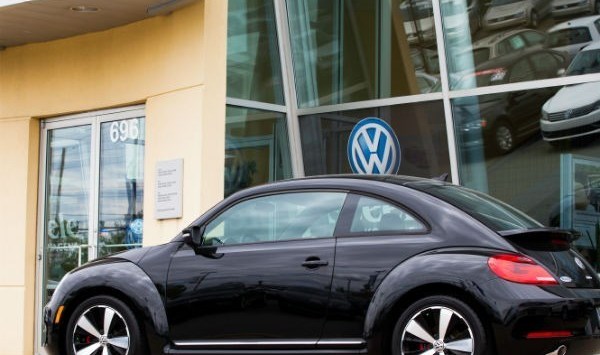 Two directors of a group of Queensland car dealerships that collapsed at the end of 2014 have filed for bankruptcy.

Bryan Byrt Volkswagen and four associated companies fell into voluntary administration in November 2014, after operating for more than 40 years.

The Courier-Mail reports directors Brendon and John Crowley filed for bankruptcy in April, along with Judy Crowley who lives with John Crowley, three months after the companies were voluntarily wound up in January.

John Shanahan of Gervase Consulting has reportedly been appointed as trustee.

According to bankruptcy documents obtained by the Courier-Mail, the duo owes millions of dollars to creditors, with John Crowley’s debts reported to be $18.7 million and Brendon Crowley’s debts at $37 million.

Brendon and John Crowley reportedly have bank balances of just $200 each and few personal assets, apart from superannuation.

The Courier-Mail reports most of the debt is shared by the two directors.

Since the business entered administration nine months ago, it has also emerged its auditors had quit in October 2014, notifying the Australian Securities and Investments Commission at the time of “irregularities” in the companies’ accounts.

A report from administrators Andrew Fielding and Helen Newman of BDO said the Crowleys had also called in specialist accountants in relation to concerns about “potential fraud”, according to the Courier-Mail.

ANZ Bank pursued Brendon, John and Judy Crowley earlier this year over guarantees for loans to the Bryan Byrt business and the bank won $18.5 million in a decision handed down by the Queensland Supreme Court in March.

Speaking generally about the relationships between corporate insolvencies and personal bankruptcies, Pitcher Partners insolvency partner Gess Rambaldi told SmartCompany directors of small and medium-sized business are “particularly vulnerable” to having to declare themselves personal bankrupt if their businesses fail.

“This is a very common thing,” Rambaldi says.

“If we’re talking about a business that has gone under, the directors have put not only their own reputation on the line, but they may have put their own monies into the business, their house on the line, or made personal guarantees to creditors.”

“It happens a lot more for SMEs than the top end of town where there is a board of directors that are not directly financially involved in the business.”

Rambaldi says many company directors also underestimate the personal impact of a corporate insolvency or do not fully understand the legal and financial consequences of their business being liquidated.

“For example, when you have an insolvency, you obviously can no longer pay your landlord, who may then turn to any personal guarantors,” Rambaldi says.

Rambaldi says it’s also not unusual for the directors of businesses that have been trading for a long period of time to have also provided personal guarantees to suppliers. Those suppliers can then call in those guarantees if a company goes into liquidation.

“They may have signed a personal guarantee when the account was first set up and was relatively small,” he says.

“It can come home to roost.”

Rambaldi says directors must also be aware that if a company is traded while insolvent and incurs debts before a liquidator is appointed, they can be held personally liable for those debts.

“Liquidators have an obligation to pursue those claims,” he says.

Transactions between company directors and the business, or to family members, can also be unearthed and pursued during a liquidation.

“Directors who find themselves in a vulnerable position will receive advice from all sorts of people, but they have to be very careful,” Rambaldi says.

“If they opt for a quick-fix solution as a means to avoid liability, directors can really come unstuck. Bankruptcy is there for a purpose, to provide relief, not to alienate you from your wealth.

“If steps are taken to alienate oneself from assets, if not done in accordance with the law, they will be unearthed under a proper investigation.”

SmartCompany contacted John Shanahan but did not receive a response prior to publication. SmartCompany was unable to contact John and Brendon Crowley.