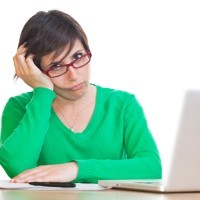 Around 35% of Australian workers complain they are hindered at work by issues with legacy IT systems, despite Australian businesses spending $44 billion per year on IT, according to the latest instalment of The EY Australian Productivity Pulse.

A further 13% of employees say they are held back by the software packages they use, estimating on average their productivity could rise by 16% if they had access to the information they need faster.

In total, these delays lead to around 54 minutes being wasted by the average Australian employee at work each day.

The latest figures come after a report from the Productivity Commission in April found multi-factor productivity, which measures the efficiency of both labour and capital, shrank by 0.8% in 2013.

Aside from productivity gains from IT improvements, the report found new technologies are also leading consumers to have higher expectations of the services they use.

“Social media and disruptive technologies have empowered consumers, enabling them to compare products, vocalise complaints and seek recommendations from people they trust,” the report states.

“Consumers have new expectations of service, speed and personalisation. Switching is getting easier — companies need to pay more attention to the customer experience.”

David Markus, founder and managing director of IT firm Combo, told SmartCompany the figures show replacing legacy systems is an effective investment strategy for many businesses.

“IT is a productivity tool. You only spend money to bring down the total cost of your operations,” Markus says.

“Businesses need to look at where they can get productivity growth and invest there. In global terms, we’re underinvesting in IT in this country and our productivity will go up if we invest more.”

Markus says businesses should look at how much 54 minutes per day costs in wages, multiply it by the size of the workforce, and invest that money back into IT systems.

“Somewhere along the line, businesses stopped looking at ROI – return on investment – where even though an IT company could demonstrate they would end up ahead over two or three years, businesses would say they have no money for IT,” he says.

“In the end, businesses that look at ROI over a two or three-year timeframe and invest will end up ahead of those that don’t.”

The report also found 33% of Australians believe their role is unlikely to exist in 20 years’ time due to new technologies and automation. Despite this, fewer than one-in-eight employees feel they have been adequately trained for the changes.

“The results highlight an important new role for governments and employers — to communicate where we see the jobs of the future, identify at risk jobs and support people to make a timely skills transition,” the report states.

“If we don’t do this, we stand to have continuing generations of older workers who find themselves redundant.”

Markus says employees should not be too alarmed by the automation trend.

“There’s a lot going on with automation and the number of information workers. But there will always be new areas emerging, as there always have been and as there has been since the industrial revolution,” he says.