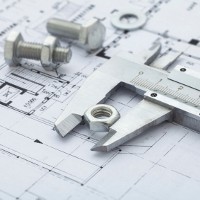 A family engineering business which counts Lend Lease, Leightons and John Holland among its clients has collapsed into administration.

Andrew Spring and Trent Devine of Jirsch Sutherland were appointed as administrators of Trazlbat last week.

The civil engineering company was founded by John O Connor in 1989 and turned over around $20 million last financial year.

Spring told SmartCompany the administrators are continuing to trade Trazlbat with a view to a financial restructure of the business.

He says Trazlbat’s collapse is a familiar story

“It’s a family-run business and has just grown and taken on some larger contracts with excessive costs,” Spring says.

“It’s at a level that requires some really strong back office systems and control and that’s an area we will be looking at to see why a company this size has ended up where it is.”

Spring says Trazlbat owes around $500,000 to the ATO and has estimated deficiencies of between $1 million and $2 million.

He is hopeful a solution can be worked out for the engineering business and will work hard to maintain Trazlbat’s relationships in the industry.

“They have quite good support from their customer base so we are hoping to leverage off that,” Spring says.

A first meeting of creditors will be held on September 19 and Spring says unsecured creditors are likely to have to take some sort of “haircut” or discount.