Equal Pay Day: how can your business bridge the gender pay gap? 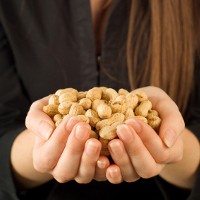 Australian small businesses are being urged to look at their payroll data today, as national Equal Pay Day calls into focus the pay disparity between men and women in Australia.

Equal Pay Day is celebrated in August each year by the Australian Federation of Business and Professional Women, following the release of figures from the Australian Bureau of Statistics.

The date marks the number of extra days a woman must work to earn as much as a man from the start of the financial year based on average weekly earnings.

This year it would have taken a woman 64 extra days to catch up to the same amount earned by a male colleague.

Conway says employers are largely unaware they are paying women less than their male counterparts and called on all employers to check their payroll data for a gender gap.

“I have talked to CEOs that believed they had no problems. It’s not until they look at the data that they realise,” she says.

While Conway says the gender pay gap is found in organisations of all sizes, she says small business have the advantage of a smaller payroll that may be easier to review.

Conway suggests small business owners visit the Workplace Gender Equality Agency’s website, where there is a free payroll analysis calculator that allows employers to work out if a pay gap exists in their business.

“There is often an assumption that for women who have children, that’s the most important thing in their lives and they are not interested in career, but often those assumptions are wrong,” she says.

“The answer to that is don’t make assumptions, talk to employees, but often that communication doesn’t happen.”

She says more flexibility in senior positions would open those roles up to more women which would help close the pay gap.

“You will not get gender equality until we have a true commitment to flexibility,” she says.