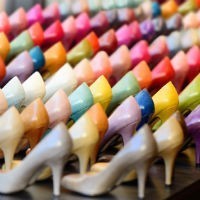 Styling Services, which has been owned and operated by the Munro family since it was established in 1950, has acquired Wanted Shoe’s 17 stores in New South Wales for an undisclosed sum.

It is the latest acquisition for the family business, which last year snapped up online footwear retailer Style Tread, off the back of an increasingly popular online footwear market.

Wanted Shoes turns over more than $20 million annually and has around 100 staff, which Styling Services will now take on.

Jay Munro, head of acquisition and retail growth at Styling Services, told SmartCompany the deal was part of his family business’ long-term focus on expanding its retail presence.

“The main reason we decided on the acquisition was because we wanted to expand our retail presence, which is an important area for us to grow,” says Munro.

He says Wanted’s focus on a younger demographic and geographical presence in Sydney was also complementary to the company’s portfolio.

As well as wholesaling its labels to more than 500 stockists in Australia, Styling Services also has its Midas concessions in department store David Jones and Melbourne retailer Cinori under its umbrella. Its other brands include I Love Billy, Mollini and Gamins, the footwear brand launched by founding father Graham Munro in 1962.

Munro says the deal with Wanted had been in the works since April last year, but hit roadblocks when the family began discussing the future direction of the company. He says the family were “split 50/50” on whether to change the company’s focus to the retail side of the business or continue to invest further in wholesaling.

“We had to work through and see brutal facts in the industry,” he says.

Munro says the family noticed other footwear wholesalers were going into retailing and wanted to be at the forefront of the trend.

“We came to a family realisation, the light bulb went off that retail is where we are going to grow our business,” Munro says.

But Munro says Styling Services will not change its wholesaling business in any way, although he confirmed the company would “never say never” to further retail acquisitions.

Munro believes retailers will continue to face pressure in the industry because of a changing retail environment, although he says international online retailers have less of an effect on footwear than they do on clothing retail because people still love to try shoes on before buying.

“[With footwear], it’s never the same as talking to a real person and touching the product,” he says.

Munro believes the industry players that will struggle the most are retailers who fail to adapt to the new environment and face increasing pressure from rents and from wholesalers.

“I don’t see a great future for aggregators,” he says.

“Retail is tough and hard, but it is important and it will never go away, so we’ve got to find a way to make it work.”