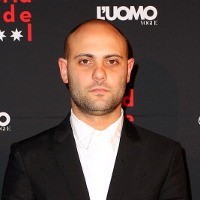 Fashion heavyweight Josh Goot has regained control of his eponymous fashion label, after creditors voted to support a Deed of Company Arrangement.

Josh Goot placed the business in voluntary administration a little over a month ago, with Michael Smith and Peter Hillig of Smith Hancock appointed as administrators on February 2.

Goot said in a statement at the time the aim of the administration was to “restructure to protect the long-term interests of the brand and all involved”.

“The retail market has witnessed a prolonged downturn since the GFC in 2008 and we are proud that we have been able to sustain and grow the business throughout the challenging period, while manufacturing exclusively in Australia,” Goot said.

The fashion label, which Goot founded in 2008 and which turned over $3 million in the 2014 financial year, was advertised for sale on February 16, with Smith Hancock seeking expressions of interest in all of the company’s assets.

Goot said at the time of appointing administrators he planned to continue the label following the administration period and creditors have now given him the opportunity to get the label back on track.

In a statement issued to SmartCompany this afternoon, Goot said the administration process taught him valuable lessons and he is prepared to make the changes necessary to ensure the survival of the brand.

“The support I have received from investors, creditors, customers, staff and fashion industry peers has also been overwhelming,” Goot said.

“People have been extremely generous with their good wishes, knowledge and advice.”

“We will be making significant changes to the company’s structure, processes, supply chain and internal timelines for the benefit of our wholesale and retail customers, our key partners and our investors.”

Goot said the company is in the process of designing and developing its Spring Summer 2015 collection and is now focused on “delivering Autumn Winter to our Sydney and Melbourne stores and to our loyal customers”.

“We have some exciting partnerships to announce and we are working on new product lines to sell exclusively through our retail stores,” Goot said.

“I have always believed in the future and potential of the brand. I feel encouraged and motivated that others share in that belief, and that we are now able to take the business forward.”

Goot was the latest fashion designer to be forced to place his label in voluntary administration, following Lisa Ho and Kirrily Johnston in 2013. Mynetsale.com.au, a $12 million online marketplace for designer clothing and accessories, was also liquidated last year, following the collapse of its French parent company.