Financial services companies hit with $20,400 fines for potentially misleading consumers about their super 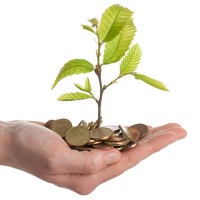 Two Australian financial services companies have been slammed with penalties of more than $20,000 for potentially misleading consumers online.

Both Equity Trustees Limited and Como Financial Services were issued with $20,400 infringement notices after the Australian Securities and Investments Commission became concerned about claims on a third-party website which offered to find consumers’ “lost superannuation”.

The corporate watchdog was concerned consumers were not being provided with enough warning about the rollover of their existing superannuation benefits into an account held by Good Super – a superannuation fund Equity Trustees Limited was responsible for issuing interests in.

Como Financial Services was the promoter of the fund. Both companies have since amended statements on the Good Super website.

Andrew MacLeod, the managing director of Good Super, told SmartCompany the website was amended immediately after being notified by ASIC.

“Everyone wants proper compliance with the regulatory regime,” he says.

“The moment the regulator picked up these issues the websites were changed and are an example of how the regulation is working. Neither of the two issues raised by the ASIC infringement notices were serious issues, they were minor issues and fixed immediately.”

Melissa Monks, special counsel at King & Wood Mallesons, told SmartCompany businesses need to make sure any representations they make – whether in store, on radio, TV or online – are “true and correct and can be substantiated”.

“Because of the public nature of websites, misleading representations can be discovered easily,” Monks says.

“I’ve also witnessed regulators increasingly using website archives like the Wayback Machine as part of their investigations into the content businesses publish online, so there is no escaping from what you put into the online world.”

Monks says businesses should be particularly careful when engaging with a third party to conduct marketing.

“Be across the details of the claims made and not leave these to the third party’s discretion, otherwise you too can find yourself in breach of the Australian Consumer Law,” she says.

“ASIC are increasingly using their infringement notice powers – which are a bit like the ability to issue a parking fine – to pursue lesser serious breaches of the law without the need to resort to timely and costly litigation.”

While fines imposed from infringement notices are lower than those that can be imposed by a court, Monks says this type of enforcement can still have “far-reaching consequences” in terms of negative PR and a loss of consumer confidence.

ASIC commissioner Peter Kell said in a statement the watchdog was cracking down on companies that do not give consumers “adequate information” or deliberately mislead.

“This should also serve as a reminder to trustees that they may find themselves responsible for statements on websites run by third party promoters,” Kell said.

“Trustees need to ensure they take their responsibilities very seriously.”

SmartCompany contacted Both Equity Trustees Limited and Como Financial Services but did not receive a response prior to publication.