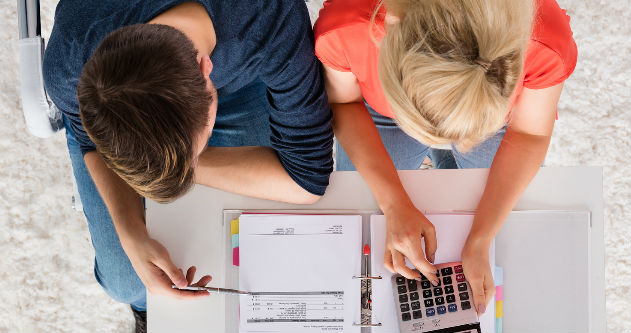 When Aodhan MacCathmhaoil was looking for financing to help fast track his waste recycling business he approached the banks for help.

The former Ernst & Young consultant was confident his growing company, Waster, was a suitable candidate for a business loan, but he quickly discovered otherwise.

“We had to put up personal guarantees just to have a direct debit facility approved,” he tells SmartCompany.

“We’re cash flow positive, but it was pointed out to us that the banks are just becoming stricter on lending criteria.”

MacCathmhaoil founded Waster in 2015 with the aim of providing waste recycling services to other Australian businesses. The company bills its customers monthly, rather than charging for each time it provides a service, which means by the time MacCathmhaoil was approaching banks later that year for funding, the business had built up a number of debtors. The banks weren’t keen on this model.

MacCathmhaoil says the business has more than $1 million in revenue contracted and is growing by 15% per month, but bankers were concerned his venture was “too risky”.

“To even get a small loan… we had to go through strict criteria, provide personal guarantees,” he says.

“It wasn’t the approach we wanted.”

In the end, MacCathmhaoil took the equity funding route, but the experience has left him convinced financing is getting tougher for small businesses.

MacCathmhaoil is not alone. Concern is mounting that political fallout over the banking royal commission, a downturn in the housing market and the Reserve Bank of Australia’s (RBA) intention to increase interest rates are putting a squeeze on SME financing.

A report released by the RBA last week found while lending conditions for small business are better than just after the Global Financial Crisis, around 20% of businesses are finding it difficult to access finance.

“The proportion of small businesses that perceive it to be relatively easy to access finance has declined recently,” the RBA said.

Scott Roberts, owner of alternate funding company IBN, says small businesses he has spoken to lately report a feeling that banks are tightening their belts.

“The whole intention of the royal commission was not only to bring in compliance but to reign back markets a bit,” he tells SmartCompany.

“Bank, client or broker, no one wants to appear before the royal commission or ASIC, at this stage everyone is on their best behaviour.”

The RBA said businesses without significant property assets to offer as collateral are finding it particularly difficult to secure finance, while the process is also “lengthy and onerous”.

“Entrepreneurs report that banks are reluctant to provide them with advice on how to obtain finance. As a result, they find it difficult to compare lending products and determine the one that would suit them best,” the RBA said in its report.

MacCathmhaoil describes the trend as dangerous for the health of the economy, saying tightening could stamp out many business ideas before they get started.

“Businesses will find it hard to find finance over the next year or two,” he says.

From the perspective of the banks, the RBA said higher risks are turning them off.

“The banks emphasise that they are keen to lend to small businesses, but that unsecured finance is more costly due to the higher risk involved,” the RBA said.

Sandra Curran, owner of South-Queensland Air Conditioning, ended up opting for a much smaller Qantas credit card when financing her small business, after being knocked back by the banks last year.

She tells SmartCompany she struggled to get mainstream finance with a moderate credit score of around 700 and a “booming” business.

“Even for businesses doing quite well, if they go to their bank now and they want to borrow funds, they’ll say no,” she says.

Her advice for up-and-coming business owners, particularly young entrepreneurs without credit history, is to start small.

“Just try and organise a small credit card, do that for two-to-three months, then you can go and ask for them to increase the amount,” she says.

NOW READ: Fairer terms for small business loans locked in as the big four banks sign off on contract changes