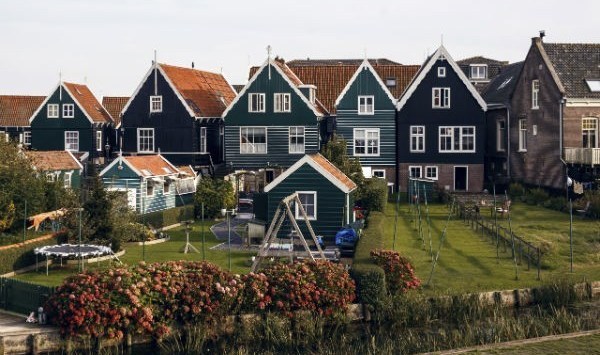 Housing affordability continues to be an issue of importance to voters, with a recent Fairfax-Ipsos poll showing 69% of Australian capital city residents disagree that housing is affordable for prospective first home buyers.

Different countries have adopted varying approaches to improve access to affordable housing – with governments playing a central role in ensuring people are adequately sheltered, as well as being encouraged to buy housing where possible. In many countries there is an underlying desire by households to own their own home, although renting is the norm in others.

In each case there are specific and sometimes unique-to-that-country approaches that have helped address the issue of affordability. Here’s five.

Government intervenes in the rental market

In some countries there is a general culture of renting for accessing accommodation, rather than assuming all households should achieve home ownership. At times, renting is cheaper than buying. In Germany most households (54.1%) are renters due to the long-term intervention in the marketplace by the government, as well as the accepted culture that renting is suitable over the long-term. In Berlin a total of 84.4% of all households rent. Providing this amount of rental accommodation is a major challenge without substantial government intervention and/or provision of housing.

For example, in Germany a housing allowance was paid to approximately 783,000 households in 2012, equating to 1.9% of all private households. However most of this funding was allocated to single person households (57%) unable to compete in the open housing market with multiple income households.

Other countries have acknowledged the gap between (a) the maximum amount of rent a tenant can pay and (b) the minimum level of rent a landlord will charge. For example in the US, this gap is bridged by the widespread use of a voucher system which subsidies the payment of rent to private landlords. This system is funded by the US government and ensures tenants can access a minimum quality of affordable housing.

In Singapore there is a high level of government intervention in the market with the HDB (Housing and Development Board) providing approximately 80% of all housing in the country. Approximately 90% of households in Singapore own their own home and there are also grants for first time buyers and second time buyers in Singapore.

In Hong Kong about 29.7% of residents live in PRH (public rental housing) provided by the Hong Kong government. In Scotland a large proportion of the supply of affordable housing is undertaken by housing associations and local authorities. This collectively equates to about quarter of total housing accommodation in the market. However the recent trend for many countries, including Australia, has been the provision of less direct housing by governments.

There are numerous examples of global cities making better use of limited inner-city land supply by encouraging higher density living in high rise units or condominiums, especially in Asian cities including Hong Kong, Macau and Singapore. The provision of affordable housing for purchase or renting is therefore more likely to be achieved in these circumstances due to minimal land use and higher densities. However high-rise living is not commonly accepted in many European cities or in locations with a resistance due to cultural preferences for detached housing.

The main driver of where a household lives is the need to be close to their workplace. As more affordable housing is usually located away from the central business district, households can buy cheaper homes but the trade-off is additional commuting time to work. When this extended commuting time (e.g. up to 2 hours each way) is combined with improved transport infrastructure such as in Japan, it is possible to access affordable housing in outlying satellite towns and cities where land is more affordable. Therefore governments which improve road and public transport infrastructure also increase access to affordable housing.

Lower demand can be achieved by limiting population levels and underlying demand for housing. But while this may not be an option for many governments, another option is to encourage multiple person households which otherwise would remain as single person households. According to the ABS (2012) in 1911 the average persons per household was 4.5, decreasing to 2.7 persons per household by 1991.