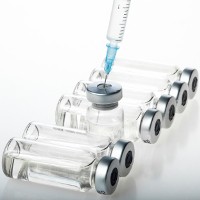 Administrators are working to sell technology company Telezon after it collapsed last month.

Craig Shepard and Leanne Chesser of Korda Mentha were appointed as Telezon’s administrators in February after the former Australian Securities Exchange listed company ran out of cash.

Telezon is a plastic needle developer and its website describes it as developing “a unique suite of exclusive and world-patented plastic needles (draw-up and hypodermic), injection systems and technology.”

It was listed on the ASX until 2011 when the business was delisted and moved to the SIM-VSE a Sydney based exchange focusing on “clean tech” businesses.

Telezon had administrators appointed once before in 2001 and recorded losses for the past four years despite revenue increases and $1.2 million in capital raising.

In the creditor’s report, Telezon’s directors attribute the collapse of the business to a failure to raise further funds.

“Quantum of funds needed to successfully expand the business and accelerate its growth globally were not achievable, even though multiple and varied attempts were made at attracting investment”

The report records Telezon’s assets as having a total book value of $3.5 million.

Shepard told SmartCompany the administrators are in the middle of a sale process.

He says Telezon’s intellectual property in the form of trademarks and patents has value and there are a number of interested parties at this stage including from overseas.

Telezon’s operations closed down before Korda Mentha was appointed.

A second meeting of creditors is scheduled for March 24.