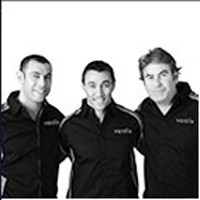 Former Smart50 finalist Ventis HQ is for sale, after the business was placed in voluntary administration on Christmas Eve.

Ventis HQ was founded in 2010 and specialises in the sale, manufacture and installation of environmentally friendly home ventilation systems.

At the time, Ventis HQ operated a network of eight franchises, four of which were company-owned, and employed approximately 80 staff.

Ventis HQ was placed in voluntary administration on December 24, 2015, with Bradd Morelli and Trent Devine of Jirsch Sutherland were appointed to manage the administration.

Morelli confirmed to SmartCompany last week the liquidation of these five companies is related to the voluntary administration of Ventis HQ, saying his appointment was a group one.

However, Morelli says there are other entities in the group that are not affected by the voluntary administration.

Morelli told SmartCompany last week the administrators were “currently assessing the viability of continuing to trade” the business.

While the causes of the company’s voluntary administration were still to be determined, the contributing factors are “likely to include overhead costs and working capital issues as a result of growth”.

The Age also reports former Wallabies captain George Gregan holds an equity stake in the company and has fronted television commercials for the Ventis HQ.

In an advertisement calling for expressions of interest in the business in today’s Australian Financial Review, Ventis HQ is described as an “innovative home ventilation installation and service company” that has “grown quickly” and become a “market leader providing a system combining temperature and humidity control which is unique to the Australasian residential ventilation market”.

“The company also has a strong annuity revenue stream via its in house filter change and customer service division,” the administrators said in the ad.

Jirsch Sutherland is seeking expressions of interest in the entire business and its assets, which include a fleet of approximately 25 vehicles, plant and equipment, customer databases and intellectual property.