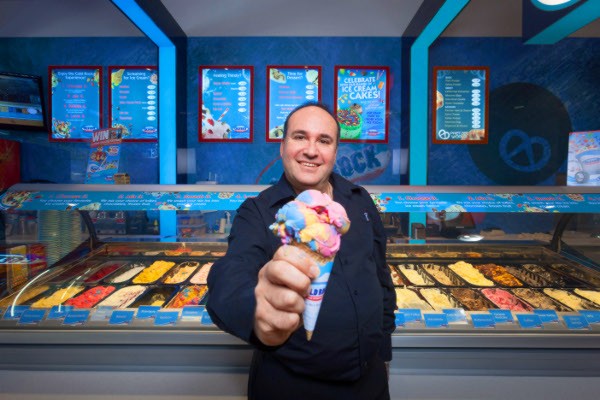 Franchised Food Company chief executive Stan Gordon says he is “absolutely” interested in buying collapsed pizza chain Eagle Boys, despite the company not pursuing an offer he made for the business in November 2015.

Gordon founded Franchised Food Company in 2000 when he bought the local rights to Mr Whippy. The company is home to other retail brands Pretzel World, Cold Rock Ice Creamery, Nutshack, Trampoline, Europa, and its most recent addition, Healthy Habits.

He revealed to SmartCompany that Eagle Boys was on the market at the end of last year and he made a conditional offer to buy the business. Gordon says he quickly received an email response thanking him for the offer, but did not hear from the company again.

While Gordon is not prepared to disclose how much he offered to pay for the Eagle Boys business, he says the offer was “based on historical reality, a genuine understanding of the brand, the current downturn trend in the market in general, and [Franchised Food Company’s] realistic evaluation of the business”.

He says he indicated to Eagle Boys his belief that a sale could be completed in a matter of weeks with minimal upheaval for store operators.

He believes in order for Eagle Boys to survive, a new owner would need to reposition the brand, “whatever that means”, and bring it up to speed with other operators in the sector.

“I don’t think the [Eagle Boys] system has evolved with the times,” Gordon says.

“In my opinion, [founder] Tom Potter ran a really excellent business that was positioned correctly at the time. We’re now in the 21st century and I’m not sure the private equity owners actually understand this market.”

Gordon says franchisees in the fast food industry are generally “mum and pop” businesses and any sale of the Eagle Boys chain would need to keep these small business owners front of mind.

“If there is no leadership and direction with a brand and a product, it will fall over,” he says.

SmartCompany has contacted NBC Capital, the private equity owners of Eagle Boys, for a response.