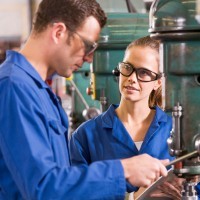 The ongoing controversy surrounding private vocational education providers is hurting the economy because small businesses are not getting the skilled workforce they need, according to the New South Wales small business minister.

“Let me just make it absolutely clear: what you hear about VET-FEE HELP [vocational training fee assistance] is a problem the federal government created, not the state,” Barilaro said.

“If the feds actually copied the NSW state’s process when it comes to vocational education and training, we wouldn’t have had this problem.

“When you put a bucket of tax dollars in front of any industry, you’re going to see the cowboys rise to the top. We saw it with pink batts, we’re seeing it with VET -FEE HELP.”

Barilaro said “billions of dollars” has been wasted with a lack of proper outcomes for small businesses and young people.

“We should be funding training on outcomes not on sign-ups and enrolments,” he says.

“It’s been a race to the bottom on enrolments under the VET-FEE HELP process… It’s similar to the Victorian story.”

Barilaro said the majority of the training providers who are doing the wrong thing are “the big players” and most of them have originated out of Victoria.

“They are the providers that have built their whole business model on VET-FEE HELP,” he says.

“We’re always limited in what we can do from a quality perspective because the federal government plays a critical role in the training packages offered to NSW. So it’s a balancing act but we’ve got an opportunity off the back of VET-FEE HELP to actually do this right. There’s a lot of work to be done.”

Barilaro made the comments on the same day the Australian Competition and Consumer Commission announced it was taking private education provider Empower Institute to court for allegedly making false or misleading representations while marketing its government-funded courses to people living in remote communities and disadvantaged socio-economic areas.

Between March 2014 and October this year, Empower Institute signed up more than 10,000 new students and as a result was paid more than $90 million by the federal government.

The competition watchdog alleges Empower Institute offered prospective students cash incentives and even a free laptop if they signed up to one of their diploma courses.

ACCC chairman Rod Sims said Empower Institute marketed its courses to some of the most vulnerable and disadvantaged groups in the Australian community.

“For these online courses, some enrolled consumers could not use a computer and did not have access to the internet,” Sims said.

Empower Institute is the third private college to be investigated by the competition watchdog this year.

Troubled training provider Vocation was the subject of one such investigation and has since collapsed into voluntary administration after previously agreeing to forfeit almost $20 million in funding from the Victorian Department of Education.

SmartCompany contacted Empower Institute but the company declined to comment.