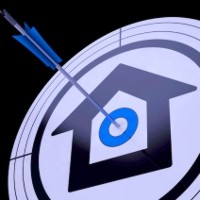 Most of the price data that clutters up the airways is essentially useless information.

Boffins sitting in an office in Paris look at a number which says “Australian property values rose 9% in the past year” and imagine that tells them something about conditions in the fictitious creature they call the Australian property market.

Suddenly we have the OECD telling us we’re at risk of a price correction after gazing at Australia through an out-of-focus telescope across a distance of 17,000km. Seriously, these turkeys have no right to even express an opinion. Especially as that opinion is based on a meaningless statistic.

I’ve read in the past two weeks at least five different figures purporting to describe the median cost of the home in Sydney, ranging from $750,000 to $1 million.

Most of them are fanciful and inaccurate but that doesn’t stop commentators from giving them enormous import. The walking talking ego generally known as Graham Richardson pontificated that the average Sydney home cost a million dollars and declared that no one could afford that. The statement was inherently absurd because if the Sydney market is raging and a million dollars is the median price, clearly a lot of people can afford it because half of all sales are higher than that median figure.

The bottom line is: the average, mean or median is not a million dollars. CoreLogic RP Data’s latest figures suggest the median dwelling price for Sydney is currently $752,000. The other bottom line is that this figure is meaningless and misleading when you understand that Sydney has over 700 suburbs with median house prices ranging from $345,000 to $3.46 million.

It’s particularly meaningless and misleading in this context: first-home buyers can’t afford to pay $752,000 therefore, according to the misinformed, we have an affordability crisis which means we need to scrap negative gearing, ban foreign investment, cut out all first-home buyer grants because apparently they just inflate prices, introduce lending restrictions, call another federal parliamentary inquiry because the 18-month inquiry recently concluded didn’t discover anything new and savage the Federal Treasurer for daring to suggest a good job enhances your prospects of getting a loan.

The end result: truth, accuracy, balance and fair play just took another hammering – but, hey, lots of newspapers got sold.

The latest edition of Market Monitor from the Real Estate Institute of Queensland highlights how unhelpful it is to quote a single price statistic for an entire large city.

What do you deduce from that? That the Brisbane market is lukewarm? That growth in the city is anaemic at best? Richardson, in his irresponsible outburst on Sky News last week, declared Brisbane had recorded “no growth for years”.

You have to look deeper, otherwise you’re wasting everyone’s time.

And many individual suburbs did considerably better than that. Northgate grew 12.7% and Holland Park 13.5%, while Chermside rose 18.4% and Nudgee 17.3%.

A scan of the figures suggests that the middle market suburbs of Brisbane City have done much better than the LGA average, which in turn in much higher than the Greater Brisbane average result.

But media quotes the area average rise, which creates a quite misleading impression.

If you take the time to look through a report like Market Monitor, there are hundreds of stories about suburban and town markets, all doing different things influenced by local events – oblivious to the level of interest rates or the ignorance of media talking heads or the pompous proclamations of twits working for a bureaucracy based in Europe.