Aggressive bidding, not $250 bids, are needed to take auction control 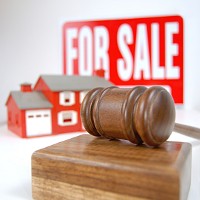 I live tweeted a Coburg North auction last weekend. The worst auction ever.

However, the auctioneer wouldn’t confirm if the home was on the market.

Bidding slowed down to increments of $250 – a bidding strategy that was a costly mistake for the buyer.

After the usual theatrical intermission, the auctioneer returned from receiving the vendor’s instructions and confirmed that the property was now on the market at $555,500. Two bidders continued to take rises of $250 to hit $560,750.

A new bidder (who ended up being the underbidder) joined the action at $565,500.

All three bidders were still moving the price up in $250 increments, and after what had seemed like an eternity the three bidders reached a price of $570,000.

Buyer’s agent David Morrell’s advice to buyers for this type of situation is to bid aggressively and take control of the auction.

So increase the amount of your bid. Turn up the heat on the opposition. If you are standing next to them, offer to toss them for the property.

The realAs.com prediction was spot on; 0.2% off and the agent quote was 17% off.