AirTree Ventures barking up the right tree with Pawshake 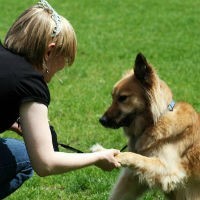 AirTree Ventures has made pet-sitting marketplace Pawshake the first startup to receive investment from its latest fund.

The fund had originally intended to invest between $2 million and $5 million, but has started slightly short of that mark. It has led investment in a $1.5 million pre-Series A funding round for Pawshake, although Blair won’t specify the exact amount the fund committed to the raise.

Pawshake is a marketplace that helps pet owners find a trusted pet sitter in their community. The funds will be used to ramp up marketing, hire community managers, and strengthen Pawshake’s engineering team in order to build upon the features it offers consumers. Blair says while it wasn’t a Series A round, Pawshake has the maturity of a Series A company.

“We’ve got thousands of pet minders, over 1000 in Australia and many more internationally and it’s growing revenue in double digit rates month on month,” he says.

“It’s got serious traction in other markets and a high quality team with a product that’s proven.”

Indeed, Blair counts himself as one of Pawshake’s customers. When his family goes away this Christmas, their cat Boo will be staying with a pet sitter found on the Pawshake marketplace. The startup is not without competitors, one of which is Melbourne startup PetHomeStay, but Blair says none have the same sort of traction.

“A number are interesting, but none have reached the scale in the time that Pawshake has,” he says.

Since launching its latest fund in July, the AirTree Ventures team have met with almost 200 startups, and went “very deep” into the investment process with 40 or 50 of them.

“We’ve been really encouraged, we’ve been in the market for a little over five months and in that time we’ve seen over 190 businesses,” he says.

“I think you’ll find compared to our last fund… there’s way more deals being generated by incubators or accelerators.

“The quality of the businesses is higher. They’re looking more from a global context, with thoughts that are a little bit more broad. We’re not as far away from international markets as we once were.”

Blair says the biggest problem he saw with startups looking for funding was many didn’t understand unit economics.

“Without being really crisp on unit economics, there’s no point raising a large amount of money, all you do is burn cash at a quicker rate,” he says.

That aside, the biggest challenge for investors at the moment, according to Blair, is valuations.

“There’s a sense amongst some investors and entrepreneurs at the moment, they can’t remember what it was like when there was a slight downturn. The assumption is that there will always be capital around. So the number one challenge will be to manage valuations,” he says.

AirTree Ventures next set of investments are expected to be announced within the next of month or two.