In a record year for Aussie startup funding, less than 0.03% went to WoC founders

Priyanka Ashraf, founder and director of The Creative Co-Operative.

Only a tiny fraction of the Australian startup community comprises Black women and WoC founders (Women of Colour), according to a landmark new report.

But one founder believes the recent influx of capital into the sector marks the perfect opportunity for a step-change in how minority groups access funding.

Of the record-breaking $10 billion of venture capital funding raised in Australia in 2021, only 0.03% was accessed by Black women and WoC.

Priyanka Ashraf, founder and director of The Creative Co-Operative, a digital consultancy driven by a collective of Australian WoC, says the figure is an unsurprising representation of the barriers to entry into the startup ecosystem.

“Right now, there are so many systemic barriers in place for Black women and WoC overall. And by extension that impacts the startup ecosystem as well,” Ashraf tells SmartCompany.

A large part of initial capital-raising is “having access to a pool of fine financial funds or knowing people who have them”, Ashraf says.

But migrant women, Black women and WoC are less likely to have access to these networks that enable founders to enter the startup pipeline.

Startup funding in Australia and New Zealand hit more than $10 billion in 2021, more than double the figure recorded for 2020, and in February of this year alone Aussie startups raked in more than $850 million in investment.

While prominent Australian WoC founders include Canva’s Melanie Perkins and Manuri Gunawardena of HealthMatch, Ashraf says her report was designed to expose the reality of diversity in Australian startups.

The report, “The State of Bla(c)k Women and Women of Colour Founders in the Start-up Ecosystem in Australia”, is just the first step in pushing more people to pitch in to connect women with funding.

Ashraf also says the number of women who have had difficulty accessing VC funding is “definitely underreported” because the report didn’t allow for anonymous responses.

One of the ways diversity among women in startups is being underreported is in terms and definitions like CALD (culturally and linguistically diverse), which fails to accurately define the experience of migrant women and WoC.

“Purely if you look at it from the way in which data is collected about us, apparently, we don’t exist,” Ashraf says.

“There is no approach to intersectional data collection, it’s just not done. So any of the reports, any information that comes out? It’s always about female founders.” 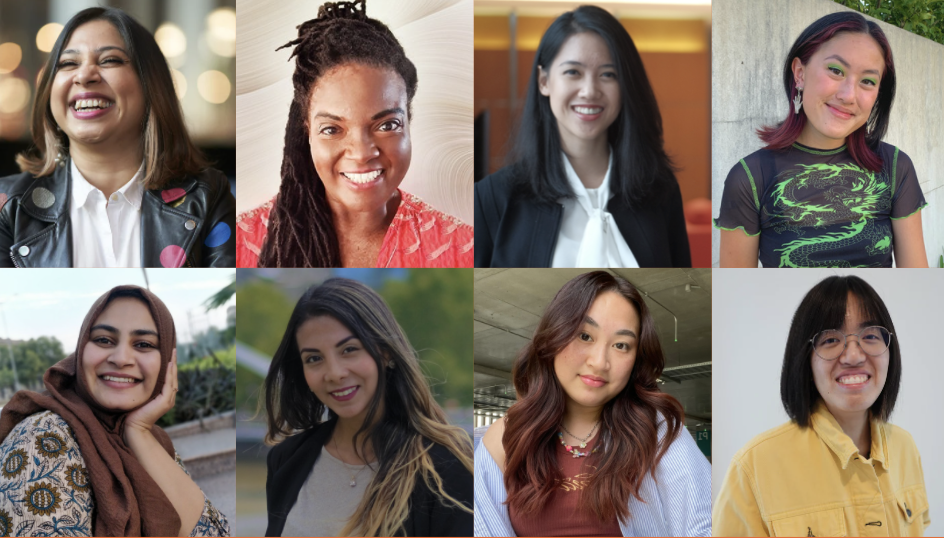 Beyond the report, Ashraf’s business — which was founded to build the next generation of intersectional entrepreneurs, startup operators and founders — has set up an educational program to help women break through the barriers in access to initial funding.

The funding for the program came from the Dept of Industry, Science, Energy and Resources Women in STEM and Entrepreneurship Round 3 Grant. Two Pitch Winners will each receive $10,000 for business development.

“That’s a direct way in which we’re addressing that, like financial inequity, so that they don’t have to use their own personal funds,” she says.

Ashraf, who has personally experienced difficulty getting VC funding, is adamant Australian minority women just need to be given the keys to get into the startup pipeline.

WoC have proven “adaptability, agility, like the ability to problem solve”, she says.

Ashraf says now the report is out, she wants to build a movement toward growing the number of Australian WoC founders.

“Our goal is also to effectively engage the ecosystem,” she says.

She already has investors onboard including Giant Leap and Scale Investors, which contributed to the cash prize.

“Part two is to inspire the community and attract them to the ecosystem,” she says.

Her report shows proof of the success founders without a traditional background can see once given access to funding.

Why flexible working arrangements for women is good business

Workplace flexibility has long been a holy grail for parents, particularly women, trying to juggle the competing demands of work and family.

In the US, a growing number of corporations are taking a stand against newly enacted restrictive abortions laws by helping to cover the travel costs for their employees seeking abortions.