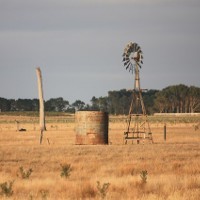 Here is a fact which will play with the minds of many property investors: the northern inland New South Wales rural township of Narrabri experienced zero population growth over the last ten years yet its property market performed significantly better than the Melbourne local government authority (LGA) of Wyndham, which had the fifth highest population growth in Australia.

There is a plethora of ill-informed claims which so-called property gurus make to justify their reasoning for investing in a particular location; investing where population growth is highest is one such claim. And, I’m here to tell you that this claim is flawed!

Now, before you start questioning my sanity, let me first say that historical evidence – facts – back up my statement!

Propertyology has recently concluded a comprehensive study of the historical property market performance of each of Australia’s 550 local government authorities (LGAs) since the turn of the century.

Someone who purchased a typical 3-bedroom house in Narrabri in 2000 would have paid $96,250. That property would have subsequently grown in value by an average of 8.1% per annum over the last 15 years and today would be worth $287,500. When adding the current rental yield of 6.9%, the total return of Narrabri is a handsome 15.0%. The latest data from ABS shows that Narrabri’s 2014 population of 13,764 was 20 people fewer than 10 years earlier. Yet, in spite of the completely stagnant population, Narrabri is officially ranked the 51st best performer out all LGAs in Australia (top 10% in the country).

Narrabri’s performance is no fluke. There are in fact 9 locations in the Top 100 (Australia’s best 20%) which have experienced zero (or even negative) population growth over the last decade.

But wait. Here’s some further facts to challenge the credibility of those property gurus.

Did you hear the one about capital cities being better investments than regions? The facts say that 69 of Australia’s Top 100 property markets over the last 15 years have a population of LESS than 100,000 people.

11 of Australia’s Top 20 property markets (and 42 of the Top 100) had a population growth rate which was LESS than the Australian average.

11 of Australia’s Top 20 property markets have a population of less than 25,000 people.

Don’t get me wrong, population volume and population growth are considerations for selecting a sustainable location to invest in; an increase in population means higher demand for housing. However, if supply is equally matched through broad acre land release and / or higher density then price growth will be constrained. LGA’s such as Melton VIC (6.3%), Boddington WA (6.2%), Melbourne City (5.5%), Whittlesea VIC (4.2%), Adelaide City (3.8%), and Canada Bay NSW (3.0%) all have very high population growth rates yet their total property returns relative to the national average is underwhelming.

Population growth is not the only driver. Affordability is a significantly bigger driver of property price growth than increasing population. The policemen and hairdressers in regional towns like Ararat and Gayndah probably earn just as much as the same workers in capital cities; yet the cost of accommodation is vastly different.

Population is one of over 30 factors which astute property investors will consider when selecting a location to invest in. It is the sum of all these factors which is important.

Propertyology periodically conduct studies like this to uncover the common-denominators of good and bad market performance. Propertyology then uses the findings from these studies to refine our selection criteria for suitable towns and cities across Australia.