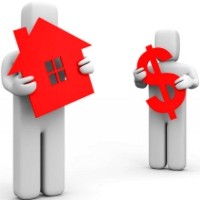 The UK-based economist Jeremy Lawson, a former senior economist at the Reserve Bank of Australia, has warned that Australian housing prices are as much as 30% above fair value, The Australian Financial Review reported yesterday.

Lawson, the senior international economist at Standard Life, repeated the much uttered concern that the high debt-to-income ratio leaves households much more vulnerable to income and interest rate shocks.

His biggest fear for the Australian economy is a sharp slow-down in Chinese growth.

“[It is] reasonable to assume that future house prices will grow in line with real household ­disposable income as the commodity boom unwinds,” he told the AFR economics columnist Chris Joye.

Mr Lawson said the high household debt-to-income ratio in Australia leaves the country exposed should there be another economic shock offshore.

Mr Lawson ­criticised fiscal policy settings, ­suggesting the RBA’s organisational ­culture was insular and said there was a bias towards big banks in the financial system inquiry panel and argued low interest rates are pushing house prices out-of-line with fundamentals.

“Overall financial conditions have probably been too loose and that has undermined longer-run financial ­stability,” he said.

“Part of the problem is that rates are being relied on to do too much work.

“Given the risks, I would like to see the RBA and APRA make much more active use of ­macro-prudential instruments.

“That way you can have both low rates to support the overall economy while maintaining tighter credit conditions for riskier sectors.”

The RBA has repeatedly suggested there are no signs of a price bubble as annual housing credit growth of over 6% is not a concern.

Lawson told Joye it was dangerous for the RBA to focus too much on the credit growth rate rather than the amount of credit.

Housing credit growth is more than twice wages growth and has pushed the household debt-to-income ratio to over 150%.

Jeremy Lawson interrupted his time at the RBA between 2001 and 2008 with a year advising Prime Minister Kevin Rudd in 2007.

Late last year Lawson suggested that if house prices nationwide were to jump by another, 10% during 2014, and underlying inflation remains around the middle of the RBA’s target band, the central bank could face some uncomfortable choices.

His suggestion was the RBA conjunction with the Australian Prudential Regulatory Authority (APRA), could deploy macro-prudential tools such as lowering maximum loan-to-valuation ratios on mortgages.