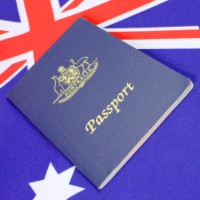 Australia’s significant investor visa scheme appears caught up in allegations by China’s state broadcaster that the Bank of China had set up a “grey channel” to get rich mainlanders’ cash out of China.

Australia’s visa scheme, launched in November 2012, offers wealthy people a permanent residency if they invest more than $5 million in Australia.

However, Chinese nationals are typically limited to transferring just US$50,000 annually out of the country.

Some Chinese managed to get around controls by owning a trading company based in Hong Kong with the funds transferred from there. One Bank of China branch in Guangdong Province sent about 6 billion renminbi, or about $1 billion, out of the country, according to the CCTV report.

An unnamed Australian official working in China told the AFR the visa scheme would be affected in the short-term by the allegations and any investigation. The CCTV report on money-launder­ing via a scheme called You Huitong, translated as You Uncapped, had footage showing the Australian flag on a Bank of China stand at a busy emigration fair, advertising Australia as an important destination for investors.

In an investigative report CCTV said Bank of China offered to help clients prepare or even “fake” the required ­documents so they could get money out of China.

But the Bank of China denied CCTV’s allegations issuing a statement saying You Huitong is a legal investment programme permitted under a wider pilot project testing the opening of China’s tight capital account. BOC said CCTV’s story based on the undercover investigation “contain discrepancies with and misunderstanding of the facts.”

The New York Times sinosphere blog has subsequently suggested the matter is a battle between two Chinese state giants.

Back in Australia a spokesman for assistant minister for Immigration Michaelia Cash said the government “has robust integrity measures in place to ensure that the SIV programme is not targeted by ­economic fugitives or used for money laundering.”

Recipients must invest $5 million into a qualifying Australian fund for a period of four years, allowing them and their immediate family to receive fast-tracked permanent residency.

By the end of June, around 286 of the special investment visas had been granted with a further 610 applications being processed. Chinese nationals account for around nine out of 10 applicants.