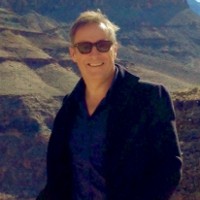 The Bank of Queensland chief executive Stuart Grimshaw has resigned to pursue a non-banking opportunity outside Australia at a small financial services company in the United States, the NASDAQ listed Ezcorp which owns the Cash Converters franchise. It also has outlets in Mexico through Grupo Finmark and the UK through Cash Genie.

The bank chairman Roger Davis said the board was disappointed.

His appointment was announced in August 2011 and after selling in the tony Sydney suburbs of Killara and Whale Beach, Grimshaw joined BOQ on 1 November 2011, succeeding David Liddy, who has been the chief since April 2001.

The board recently confirmed that the bank was on track to report full-year cash earnings after tax in line with consensus estimates of $298 million.

The results will be reported on 9 October.

The bank is one of the oldest financial institutions in Queensland, with a network of around 270 branches, including 152 in Queensland, 52 in New South Wales, 23 in Victoria and 34 in Western Australia.

The AFR Chanticleer columnist Tony Boyd reported Grimshaw maintains “pawn brokers offer similar services to the banking by the Medicis in Venice in the 1400s.”