Better in the bank than on Brisbane inner-city apartments: Terry Ryder 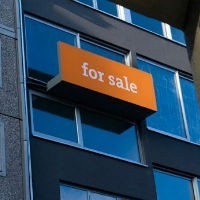 It’s sadly typical of real estate investment that the most popular places for buyers are also the worst places to buy.

Investors are piling en masse into a series of off the plan unit markets that will be the ruination of many people’s wealth dreams. The top five locations in terms of sales volumes are all places that property buyers must avoid.

It’s a commentary on two issues, which are among the core problems for property investors. One is that most investors fail to conduct genuine research before making decisions that involve hundreds of thousands of dollars. The second is that far too many of them think that reading media reports constitutes research.

When I spoke at two Performance Property Advisory seminars in Melbourne earlier this week, I told audiences that most of what they read or hear about real estate in mainstream media is misinformation. Most of what they read or hear is press release material (i.e. someone’s propaganda) regurgitated as credible information. There is no journalistic oversight on the material that is published, in most cases.

Among the most dangerous material is “research” which presents lists of, for example, the 10 best places to buy for high rental yields, or the 10 top buyers’ markets in the land, or the locations with the biggest growth in median prices in the past quarter.

These lists are presented by incompetent journalists with the inference that these are the places investors should be buying. It amounts almost to criminal negligence. Those lists of the places with the highest yields or the ones described as the best buyers’ markets in the land comprise places where markets are in serious decline. Many of these markets are basket cases.

Earlier this week we saw a list of the most popular locations for buyers in Australia. These are the suburbs with the highest numbers of sales. The treatment given to this press release material from a publicity-hungry research business inferred that these were all great places to buy. If everyone’s piling into these places, then so should you. The inference is that the herd mentality is a viable method of making investment decisions.

Eight of the top 10 locations on the list were all locations that investors must avoid, if they are to escape a financial disaster. Those eight locations were apartments markets with heavy marketing of off-the-plan high-rise units in locations that already have, or will soon have, serious oversupplies.

The No.1 location in the list was the Melbourne CBD. Most of the 1,500 buyers who have purchased apartments there in the past 12 months will live to regret their decisions. Also on the Top 10 list were neighbouring unit market suburbs, Southbank and South Yarra. This is oversupply central for Australian real estate – a place where unit towers are being built not for local consumption but to be flogged at inflated prices to offshore investors. It won’t end well.

Four of the top 10 places were occupied by unit markets on the Gold Coast, with Surfers Paradise No.2 on the national list. You have to wonder how many people have to lose money in this fools’ paradise before investors get the message to steer clear.

The Gold Coast has just spent five years absorbing the previous surplus of high-rise units, with property values falling in virtually every suburb in Gold Coast City. The median price for Surfers Paradise is still lower today than it was five years ago, but in the past 12 months another 1,255 buyers dived headlong into this investors’ graveyard, even as developers are working hard on creating the next massive over-supply.

The Brisbane CBD, which is working hard to outdo its Melbourne’s counterpart as oversupply central, is No.3 on the list.

The latest research shows that only 10% of sales in the Brisbane inner-city unit market are to owner-occupiers. Investors are buying 90% of the stock and the great majority of them are distant investors – people from interstate and overseas. Many will wish they had left their money in the bank.

Vacancies in Brisbane’s inner-city suburbs range from 4% or 6.5% – and that’s before all the new supply now under construction hits the rental market. BIS Shrapnel research shows that a record number of new apartments will be completed this year, but more will be finished next year and even more the year after. These numbers are a red flag for sensible buyers.

Brisbane, like Melbourne and the Gold Coast, is building far too many apartments because they’re not being created for local consumption – they’re being conceived for sale to unsuspecting foreign buyers.

The developers will be happy because they will sell all their apartments and make lots of money, but the broader market and the people who own properties there will suffer, as high vacancies cause rents to fall, with values to follow.

If you’re an investor driven by the herd mentality or the FOMO (Fear Of Missing Out) syndrome, then you will dive into these markets. And when you lose money, you will thoroughly deserve it.

Be afraid, be very afraid.