Bricks and mortar are a safe bet for investors 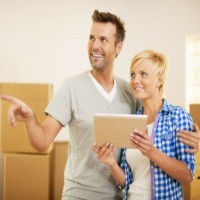 A question I have been asked on more than a few occasions: What are some of the real game changers that I have seen in my time selling real estate?

My first response is the obvious: how long have we got?

The greatest innovation for me was when the newly elected Labor government back in 2007 required the Reserve Bank of Australia (RBA) to be transparent (for the first time) by publishing the minutes immediately following their last meeting.

What we seem to forget (all too quickly) is that prior to this, all the RBA would do was advise that the cash rate had either remained the same, increased or decreased. That was it – so we were left to draw our own conclusions about the state of the Australian economy.

This greatly assisted the Australian economy, given just a few months later we were drawn into the Global Financial Crisis (GFC). It was an opportune time during this period of uncertainty to read the thoughts of Australia’s central bank.

What has mostly managed to fly under the radar, until recently, is that Australian investors then decided that the best investment in Australia was ‘bricks and mortar’.

This decision was certainly greatly assisted by the fact that the Australian government also provides the most generous tax relief via negative gearing.

This week, we heard RBA assistant governor Guy Debelle issue a stern warning that financial markets face a “violent” and rapidly escalating sell-off. This is otherwise known a crash.

Few would remember Black Monday, which also went on (for a brief period) to decimate property prices as many share market investors were wiped out. It’s interesting to note that now the RBA is firing warning signs across the bows of the Australian economy – which again goes back to transparency.

It’s interesting to note that the apartment market sales barely changed during the GFC, as investors went on a quiet rampage acquiring nearly everything that came on the market. The standout performers were those apartments within a ten kilometre radius of the Sydney CBD.

Nothing has changed since then, as investors keep marching on. However, we are now for the very first time in decades starting to witness a change in this property landscape.

In March this year the vacancy rate in the Sydney CBD area fell to 1.4%, which is at emergency levels – although since then they have been gradually increasing and now sit at 1.8% and climbing higher. It will be a fabulous result when the vacancy rate hits 2.0% and then hopefully 2.5% – although some will say what about the investors as rents are not increasing?

The latest Rental Report from Australian Property Monitors shows that Sydney recorded an annual growth of 2% for houses and 3.1% for apartments. The reality being  that property investors are interested in two things – a sound tenant who can pay their rent and long term capital appreciation.

They are simply insulating themselves from a global stock market crash and a piece of paper (share script) that is now worth next to nothing.

By moving back to ‘bricks and mortar’ during the GFC, these investors are now streets ahead, with many reinvesting back in, given Australia’s property markets are now global. The National Australia Bank’s latest residential property survey identified that foreign buyers are flocking to buy Australian property, with one in every six new home sales going to foreign buyers.

Based on these statistics this would make residential real estate apartments the number one investment buy in Australia – although this has easily been the case for the last seven years or so.

The reality that this market is now global simply reinforces the argument, given rents for the first time in decades are easing which then takes immense pressure of those renting who now have a greater opportunity to save more so that eventually they too can buy into the market.

No doubt there will be many who disagree with this, and are of the belief that a ‘bubble’ does exist and prices will be decimated. In the meantime, we can expect a monumental correction in the share market and property prices will continue to register modest gains.

Yes – you’re right – I did say modest. Sydney is made up of 38 municipalities so when you look at each individually you will see that recorded capital appreciation has been modest to average based on previous years.

I guess the best way to settle the argument is to ask: Where would you want your investment capital at the moment?

Following this month’s RBA meeting, property hardly rated a mention in the minutes, although the same can’t be said for the stock market.

The most notable difference that we see today is differentiating where the safe money is – which explains why investors are all over real estate.

Robert Simeon is a director of Richardson Wrench Mosman and Neutral Bay and has been selling residential real estate in Sydney since 1985. He has also been writing real estate blog Virtual Realty News since 2000.