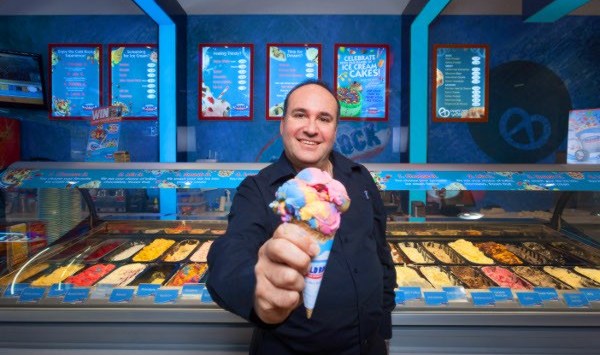 Franchised Food Company chief executive Stan Gordon has put his hand up to buy collapsed retailer Pie Face but he says administrators Jirsch Sutherland have not followed up on his offer.

While the collapsed food chain is trialling a supply agreement with supermarket giant Woolworths as a potential way of increasing sales, Gordon told SmartCompany he reached out to the administrators on November 25, just days after Pie Face entered voluntary administration.

“We have certainly put our hands up and I’d say we’re not the only ones,” says Gordon, who founded Franchised Food Company in 2000 when he bought the local rights to Mr Whippy. The company is home to other retail brands Pretzel World, Cold Rock Ice Creamery, Nutshack, Trampoline and Europa.

While Gordon says he had an initial conversation with Pie Face’s administrators, he is yet to hear back from Jirsch Sutherland to discuss a potential sale further.

“They say they are still looking for buyers but they can’t be looking that hard,” Gordon says.

“They know who we are, we’re not a one man show. I would think Macquarie Capital, Pie Face’s secured creditor, would be happy to look at an offer and get some money back.”

“I don’t know how many other multi-brand retailers there are who could do it,” he says of the Franchised Food Company.

“We have a national footprint, we understand multi-brand systems.”

“I have some ideas of what I would do with it,” says Gordon, who thinks a potential supply deal with a major supermarket could be worthwhile for Pie Face.

But Gordon says any plan to restore the company to its former glory needs to focus on the existing stores, especially the franchises.

“We’re talking about the livelihoods of 50-odd people, who are just trying to make a living,” he says.

“If everyone can win, that’s great, particularly the franchisees. I hate to see people struggle and lose things when they don’t have to.”

Gordon has some experience selling pies—the first business he established in Australia after moving from South Africa in 1996 was called Pie Works—and he says he knows “what not to do” when selling the iconic Australian meal.

“I believe I know what not to do and I think a lot the things not to do were being done at Pie Face,” he says.

Jirsch Sutherland declined to comment when contacted by SmartCompany.