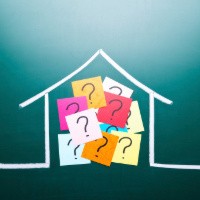 The data is extremely useful as it provides highlights of all outstanding exposures (mortgages) and also some information about those written over the quarter.

The data indicates that across all ADIs, 66.7% of the value of outstanding loans is to owner-occupiers with the remaining 33.3% to investors.  Over time there has been little change to these proportions indicating pretty much a two thirds owner occupier to one third investor split.

The rising proportion of loans with an offset facility indicates to me that many mortgagees are utilising these facilities to reduce their mortgage liability whilst still having access to those funds.  This is supported by recent RBA data which indicates the typical mortgagee is around 21 months ahead in their mortgage repayments.

Housing finance data has told us that the level of investor lending is at its highest point since late 2003 and not far off all-time highs.  Many investors choose to use interest-only mortgages mainly due to the taxation benefits they afford.

When you consider that at the end of 2013 the median dwelling price across the combined capital cities was $540,000, the level of debt compared to the typical home price is relatively low however, this is unlikely to be the case for more recent purchasers and those with only a small deposit (we will touch on this shortly).

Perhaps more concerning is the fact that the typical amount outstanding for interest-only mortgages is $295,300, up from $294,300 at the end of the previous quarter and $294,100 at the end of 2012.  Those mortgagees that are not reducing their principal have much higher overall debt levels than those who are.

The data also highlights some information on those residential loans written over each quarter.  Over the final quarter of 2013, a record high 35.7% of new loans were for investment purposes, up from 34.4% in September 2013 and 32.8% in December 2012.  It is important to remember when I say record high the data is only available from March 2008 and housing finance data from the Australian Bureau of Statistics (ABS) suggests that investor activity was higher than current levels back in late 2003.

Over the quarter, the proportion of interest-only mortgages hit a record high of 38.8%, up from 37.2% the previous quarter and 35.0% at the same time the previous year.  Of course, the risks are that these buyers stretch themselves too far and when mortgage rates begin to be normalised they have an increased risk of default.

Perhaps most intriguing out of all the data is the fact that more than one third of all loans have a loan to value ratio (LVR) of greater than 80%.  What this means is that the mortgagee has less than a 20% deposit when purchasing and obviously these loans are inherently more risky.  As a result most ADIs will require the mortgagee to pay mortgage insurance on these loans.

The high proportion of loans with an LVR of more than 80% is extremely topical at the moment given that New Zealand has recently introduced macroprudential tools to their lending environment.  What the Reserve Bank of New Zealand (RBNZ) have done is reduce the amount that NZ banks can lend to higher risk mortgages (greater than 80% LVR) only 10% of total lending can be for loans with an LVR of more than 80%.

Over the quarter, 34.4% of all new loans had an LVR of more than 80% which was down slightly from 34.6% over the September 2013 quarter and the same proportion as in the December 2012 quarter.  Although there has been a slight reduction, the proportion of higher LVR lending remains quite high.

Interestingly, only 13.6% of total lending was for a LVR of more than 90% compared to 20.8% on an LBVR of between 80% and 90%.  The data indicates that most new mortgages are less risky (less than 80%) however, the higher risk lending still accounts for a large proportion of the overall market.

Overall the data provides a useful snapshot of the current lending environment.  The data indicates that the prevalence of investors and subsequently interest-only mortgages within the market is rising.  As we have highlighted previously, this is not without risks particularly if housing market conditions or monetary policy settings shift rapidly.  Should interest rates rise rapidly in the future, the interest proportion of mortgage repayments would also quickly rise with most mortgagees on variable rate mortgages.

From an investors perspective this may make ownership of an investment property less attractive and from a high LVR purchasers perspective it could make meeting the mortgage repayments more difficult.  A high proportion of loans are still being written at an LVR of more than 80%.  As mentioned these mortgages are typically insured so the risk to the ADI itself is lessened however it doesn’t necessarily reduce the overall market risk if we see arrears and default levels climb in the future.

This article first appeared on Property Observer. Cameron Kusher is a senior analyst at RP Data.