Diversity is the most important word in property investment: Ryder 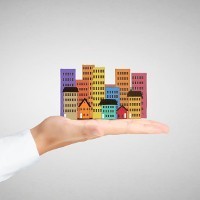 Greenvale is a mining town 220 kilometres north-west of Townsville. Or it used to be. Once it had a population of 3000. Today it barely exists.

In its heyday, in the 1970s and 1980s, Greenvale was a boom town, with a rail link to a processing plant at Townsville. The rail tracks have disappeared and so has most of the town, which now has an estimated population of 150.

A few years ago I met a man who owned dozens of rental properties in Greenvale. His strategy was to make a killing by dominating the market. The only thing he killed was his financial future once the nickel mine closed down (in 1993).

Investors have tried similar strategies in other mining towns, like Moranbah in central Queensland. The objective was to dictate terms in a boom market by owning lots of properties. With the median price having dropped from $750,000 to $250,000 in two years, and rents by a similar measure, you’d have to say the plan failed.

The most important word in property investment, I tend to think, is diversity. In two important ways: geographical diversity in a property portfolio and diversity in the economies in which you own real estate.

The people who tried to corner the market in a single location violated both diversity principles: they had all their eggs in a single basket and the economies they targeted turned into basket cases, because they were single-industry economies. They targeted mining towns. Greed trumped wisdom.

This was a core topic at a workshop last night on the Sunshine Coast, where I was guest speaker. The workshop organised by Julie Schafer-Evans of ES&A Financial Services had lots of that important word: diversity. There were experts from the fields of accountancy, banking, investment advisory and property management.

A recurring theme in the discussions, both formal and informal, was the wisdom or otherwise of owning investment properties close to home base. Some people with multiple properties owned all or most of them in a single area, not far from headquarters. They were people who have a hands-on (rather than passive) approach to property investment and some of them have built impressive portfolios that way.

But I’d be nervous owning everything in a single region. If you owned five properties and they were all in Perth, you’d be feeling a little sick right now because that market (generally speaking) appears to be in reverse.

If you lived in the Hunter region near Newcastle and built your portfolio by buying locally, you would have struggled to find or retain tenants amid a serious over-supply over the past couple of years (although recovery is now happening and that region has a future).

If you’d built a portfolio on an inner-city Melbourne strategy, you would be nervously watching the cranes on the horizon as the mother of all gluts is built by developers intent on ripping off Asian investors and to hell with the wider consequences.

There are many reasons to be geographically diverse. The price growth numbers for the eight capital cities provide a clue to one reason. Sydney is booming (although nowhere near the heights of 2001-2003), some cities are doing okay, others are marking time and some are going backwards. A geographically diverse portfolio means you avoid the problems of owning everything in the under-performing places.

Owning the lot in one state also has land tax consequences.

The argument I heard last night against diversity of location is difficulties in the buying process and in the management process. They tend to be people who feel the need to physically inspect properties before buying and who have a proactive, hands-on attitude to management. Different strokes for different folks, but I’d rather be diversified.

Economic diversity is equally important. Smart investors don’t buy in locations where a single industry dominates the local economy, obvious examples being mining towns and coastal towns or cities where tourism is the bread-winner.

The most successful investors I know have large portfolios of properties spread across Australia – and none of them in one-trick pony locations.

Terry Ryder is the founder of hotspotting.com.au. ou can email him or follow him on Twitter. This article was first published on Property Observer.