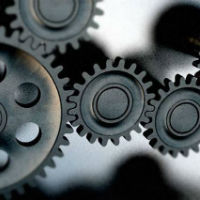 Rental rates would be driven upwards if negative gearing benefits were removed, the Real Estate Institute of Queensland (REIQ) claims.

The real estate industry lobby has criticised recent comments from Labor Shadow Treasurer Chris Bowen, who flagged that the party may wind back negative gearing benefits if it comes to power.

“In Queensland more than a third of our population is in rental accommodation, so it’s crucial that supply is maintained for this large section of the community.

“If private rentals were drastically reduced this would place enormous strain on the limited resources in public
housing.

“It would also serve to drive up rents in remaining limited stock,” she says.

Mercorella cited a “surge” in rents when the Hawke government removed negative gearing benefits between 1985 and 1987.

“We saw rental affordability plummet in Sydney and Melbourne when negative gearing benefits were quarantined.”

Her claim mirrors those made by Treasurer Joe Hockey recently on ABC’s Q&A.

“You saw a surge in rents and those people who were paying rents are usually – not always, but usually – people that can’t afford in many cases to buy their own homes,” Hockey said last month, of the 1980s negative gearing changes.

However, his claims were refuted by economist John Daley of the Grattan Institute, who said the rental increase was confined to Sydney, which could have been attributed to an undersupply of property.

“But look beyond Sydney and rents were dead – barely moved in Brisbane, didn’t go up very far in Melbourne, didn’t go up very far in Adelaide,” Daley said on the show. The varied performance of rents across Australia “made you suspect very strongly that the race memory we have of abolish negative gearing, that rents will go up, is a race memory built on Sydney,” he said.

Mercorella, however, believes there is still reason to draw evidence to support negative gearing from the 1980s.

“Sydney and Melbourne are our bellwether states, and they lead the property market trends, so we know with absolute certainty what will happen if we do this again – it will destroy rental affordability and place enormous  strain on the public housing system as investors desert property as an asset class,” she argues.

According to the REIQ, investors make up 34% of owners in the residential market.