Economist says local market will not slow despite global competition 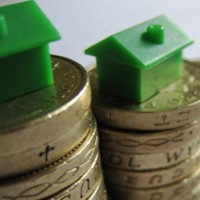 Australia is becoming less globally competitive but that doesn’t mean the local property market will slow, according to a leading economist.

Australia ranked at 22nd in the Global Competitiveness Index 2014–2015 released last week by the World Economic Forum. That was down one place compared with the previous year and seven places lower than in 2009-10 when Australia ranked 15th, according to Australian Industry Group, the local research partner for the report.

The latest figures from the Australian Bureau of Statistics, released last week, show that in the June quarter, seasonally adjusted real net national disposable income fell by 0.2%. Meanwhile, gross domestic product, the measure of the country’s output, rose by 0.5%.

Toth said the drop in net national income was bad for Australians. “That means the ability to buy goods and services we want is declining,” she said.

“The problem is that the income that we got has declined and in global terms we are earning less as a country. For individuals that means, depending on what your career looks like, there could be reducing employment opportunities in Australia.”

Australia’s unemployment rate rose in July and Reserve Bank of Australia governor Glenn Stevens said in a speech in Adelaide last week that the labour market still had spare capacity and it would be a while before unemployment rates declined consistently.

Toth said one of the problems Australia has had in recent years is a case of ‘Dutch disease’, where industries that previously earned a lot of export income such as tourism, education and agriculture have suffered declines because our dollar is too high. “Those declines reduce employment opportunities outside mining for everyone else and reduces income,” she said.

Economic forecaster BIS Shrapnel recently predicted Australia’s economy will struggle over the next four years as the mining boom tapers off but the Australian dollar stays high.

It predicted in its Long Term Forecast 2014-2029 report that local consumption and investment would experience its weakest period since the early-1990s recession, averaging only 2% a year to 2017-18.

Despite the challenges the economy faces, the local property market has been booming. The Australian Bureau of Statistics reported in its Residential Property Price Indexes: Eight Capital Cities for June 2014 that prices in the capital cities rose by 10.1% in the year to June, with increases in each of the cities considered.

“The local housing market is affected by global trends but not global competitiveness,” she said. “Competitiveness is about our ability to produce goods and services not our assets. What’s going on in the property market is tied with perceptions of risk in global financial markets where foreign investors see Australia as a safe place to invest.”

This story was first published on PropertyObserver.