At the age of 18 Rachel Huang was fielding offers in the millions for a startup born out of a university engineering project.

While studying biochemical engineering at The University of Queensland, she and a fellow student designed a wind turbine that can capture wind from every direction at the same time.

The company sold its products to AGL and signed a $3 million contract with a property development company in Hong Kong within the first year.

“I basically fell into the hole of being a startup founder at the age of 18,” Huang tells SmartCompany.

The problems came when Huang tried to raise funds to restart the company after the disruption of COVID-19 and her co-founder’s withdrawal from the company due to illness.

“I was trying to finance the company, but investors wouldn’t invest unless I had a patent, I had to protect my intellectual property. But I couldn’t apply for a patent because it cost tens of thousands of dollars.

“So I was stuck in this cycle of getting no investment.”

Huang says first-hand experience struggling to access funding as a young woman of colour stayed with her; and is a key focus for her new venture The Network Loop.

The Network Loop is an equity crowdfunding platform seeking to connect young gen Z and millennial investors to founders that have traditionally found it difficult to access VC capital.

The Network Loop is “opening up a new form of investing” for young Australians Huang explains.

The company, which plans to begin fundraising later this year, was created to empower young people who didn’t have connections and access to capital.

The rise of equity fundraising

Equity crowdfunding, also called crowd-sourced funding, is growing in Australia on the tailwinds of massive growth in the US and UK in recent years.

In the last year, equity crowdfunding has grown by 600% in the US, Huang says. Now it’s starting to gain momentum locally.

Growth has followed the practice becoming legal in 2018. Australia counts 15 platforms with financial services licences that allow companies to raise a maximum of $5 million a year, with Birchal the biggest name in the space.

According to data from Birchal, the September 2022 quarter was the biggest the Australian industry has seen, with a total of $19.5 million raised across 24 successful deals.

This is up 110% compared to the same period last year. It’s also almost two thirds of the $30 million raised via equity crowdfunding in the whole of 2020.

As the practice gains momentum, some have warned of the dangers involved for retail investors, as a higher risk investment as start-ups and less established businesses have a higher failure rate.

Senior Lecturer in Finance at RMIT University Angel Zhong tells SmartCompany that along with a surge in investing on the stock market and in crypto, gen Z and millennials have also flocked to equity fundraising.

“Equity fundraising can be more risky, like crypto, because while there is a high failure rate there is also an opportunity for high reward,” Zhong says.

But Huang says equity fundraising gets more women and minorities into the ecosystem on both sides of the equation.

“Female founders in the world; I think data says they only attract 2% of total investment in the world. And that is honestly really sad,” Huang says.

An equity crowdfunding platform has a list of criteria to tick off before featuring a startup which ensures the ones everyday investors can invest have the best chance in succeeding, Huang explains.

The plan to turbocharge The Network Loop, Huang tells me, is to build an audience and hype around the platform that speaks to a wide audience along with young people.

They are knee-deep in the process of shooting a Shark Tank-style show that will feature startup founders pitching their idea in front of investors. 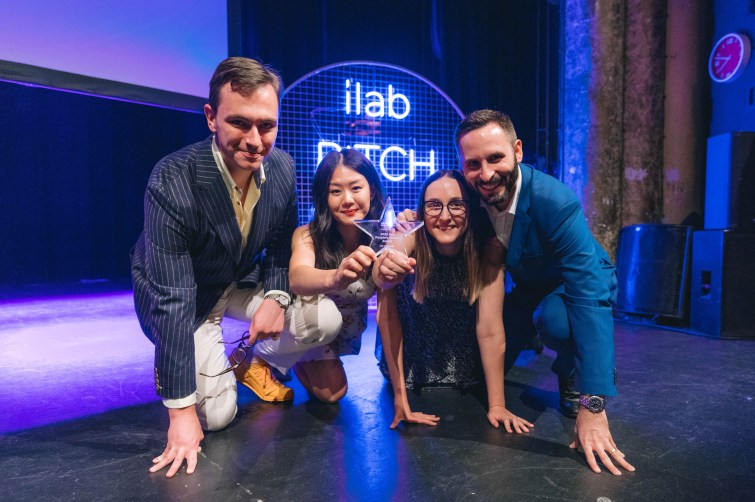 “That’s not something that has been done in Australia before.”

The company is planning to release its first season of pitches later this year, and have people invest in them at the same time.

“Hopefully more and more startup founders will look to equity crowdfunding as a way to raise money over the traditional ways of VC because he actually has a lot of strategic advantages,” Huang says.

“Hopefully we can [also] help startups who otherwise might not be able to raise money as easily.”

Huang says the company’s vision is to create a community that will draw in both founders and young investors who want to make an impact.

“I think there are a few really appealing things about investing in startups. It’s actually a more tangible entity that you’re investing in. So over time you can see how this startup company grows,” she says.

“We’re just really trying to show people these are the other options available.

Sobah is the natural extension of creator Clinton Schultz’s personal journey that is helping turn nationwide drinking habits on their head.

Frydenberg announces employee share scheme reform — what does it mean for Aussie startups?