A micro-brand watchmaker who launched her business in the early days of the COVID-19 pandemic has smashed her latest crowdfunding goal, surpassing a target of $17,000 within six minutes to raise $50,000 and counting.

Entrepreneur and micro-brand watchmaker Susan Galvin founded Galvin Watch Company in 2020, after being made redundant during the pandemic and while on parental leave.

Galvin launched her first collection via an initial Kickstarter campaign back in August 2020,

Since then, she’s been refining her e-commerce site and direct-to-consumer offering, while working on her new Loimu collection, inspired by the Northern Lights in her homeland of Finland. She’s also had a second baby.

On March 5, Galvin launched her second Kickstarter campaign for the new collection, with a target of $17,000.

In an exact repeat of the last raise, the campaign hit its target within six minutes. It went on to reach $42,000 on the first day, and at the time of writing it has raised $49,909, with 26 days still to go.

For a business like Galvin Watch Company, crowdfunding makes the most sense, Galvin tells SmartCompany.

This is about as ‘micro’ as microbusinesses come, managed and run entirely by Galvin herself, with some help from her partner, a full-time teacher.

Crowdfunding essentially allows people to pre-order, which means Galvin has an idea of how many watches to order from the manufacturer. It also gets money in the door before it’s spent, rather than the other way around.

“It’s an expensive product, and you have minimum quantities when you order from the manufacturer,” she explains.

“It’s a good model for us to grow without getting a loan,” she adds.

There’s also a community aspect to the campaigns, which allow people who are passionate about microbrand watches to get in early. That community has been “extremely important” to the company’s growth, Galvin says.

Micro-brand watchmakers are those that produce fewer than 3,000 pieces per year, and there are whole forums and online communities of people who follow them. 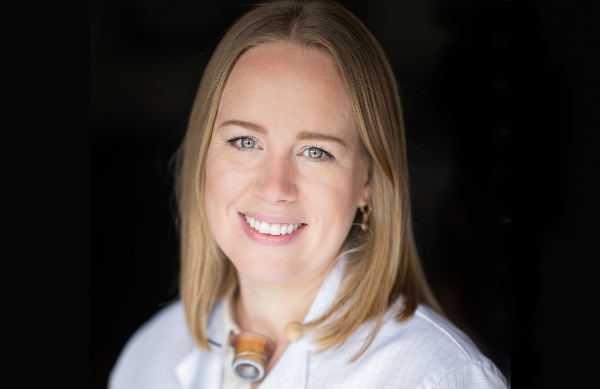 “It’s more unique … and people can contact the creator or the designer of the watch,” Galvin explains.

She herself regularly contributes to social media pages, and converses directly with her customers online.

“I think it’s a very attractive idea for many.”

Next, Galvin is planning to attend trade shows ⁠— most of which were cancelled last year ⁠— to explore expanding into the retail space.

Growth in the time of COVID-19

Since the onset of the COVID-19 pandemic, ABS data suggests the number of small businesses in Australia has increased, partly due to people being stepped down or made redundant launching their own ventures, or going all in on side hustles.

While Galvin’s redundancy wasn’t directly related to the pandemic, it didn’t come at a great time. But two years on, she says given the choice, she would do it all again.

“It does give you a certain kind of flexibility that you wouldn’t necessarily get working for someone else,” she explains.

“It depends on your personal situation … but for our family and for myself it has been working extremely well.”

Having set out to raise $24,598 in crowdfunding, startup Timebirds has now attracted more than $1.1 million, and counting.

After being made redundant on maternity leave, this founder launched her own watch brand and raised $15,000 in six minutes

After launching a micro brand of watches, Susan Galvin smashed her $15,000 funding goal in six minutes. Now her campaign has raised $50,000 and counting.