History shows people don’t know it is a housing bubble until it’s over: ASIC’s Greg Medcraft 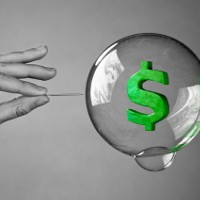 Greg Medcraft, chairman of the Australian Securities and Investments Commission, has issued a warning about the danger of heated property markets.

“I am quite worried about the Sydney and Melbourne property markets,” Mr Medcraft told The Australian Financial Review.

“In housing, the long-term average income to average price ratio is four to five times but at the moment it is at historic highs.

“History shows that people don’t know when they are in a bubble until it’s over.”

The ASIC chairman warned there was always danger when rates got so low.

“That’s when people start borrowing when they can’t afford it.

“What generally happens is rates starts to rise which affects your ability to pay, and rate rises can actually bust a bubble, so you end up with a double whammy,” Mr Medcraft said.

Mr Medcraft was troubled by this month’s ANZ financial literacy study which showed those who rated diversification over a five-year investment as “very important” or “quite important” fell to its lowest level since the surveys began in 2002.

“The super funds which buy residential houses as the only assets in their fund – obviously that’s diversification thrown out the window,” Mr Medcraft said.

The ANZ study also found the number who could recognise an investment as “too good to be true” fell to 50%.

“We know what happens in low interest rate environments people are searching for yield. They start buying more complex products they don’t understand,” he said.

ASIC is preparing for a major crackdown on property spruiking to SMSFs.