“It’s not cheap”: How each Shark Tank investor does their due diligence, and why deals sometimes fall through 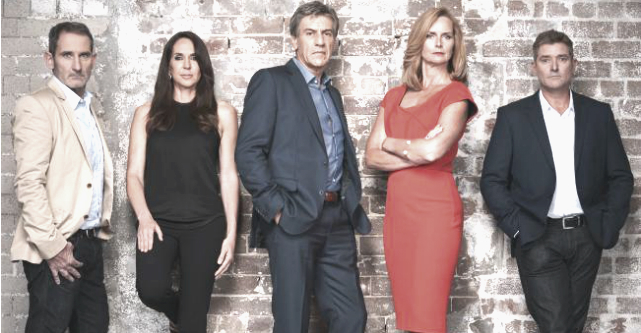 It’s no secret that a number of deals “agreed on” in the Shark Tank arena don’t go ahead, and often deals are still in the due diligence stage months later.

And behind the lights and glamour of the popular TV show, the harsh realities of business lurk just below the surface, with the show’s panel of five investors revealing to SmartCompany some of the onerous processes they have to go through to lock down a deal through the tank.

Discussion around the topic emerged earlier this year, when fiery shark and Queensland-based investor Steve Baxter revealed doing due diligence on the companies he invests in through Shark Tank costs him upwards of $300,000 per year. At the time, Baxter said not locking down the deal delivers “all the expenditure but no revenue”.

“That’s not something I want, but at the same time, I’m not going to invest in stupid things,” he told The Australian in June.

“Some of the things we see is some businesses literally don’t have a repeatable set of financial accounts. They don’t use software, or if they do it’s that poorly configured that when you run the same report twice you get a different answer. Which doesn’t fill you with confidence.”

Each of Baxter’s fellow sharks agree that, by and large, that due diligence is an expensive process which often involves multiple lawyers, accountants, and auditors. But each has a slightly different way they go about it, and different things they value.

Here’s how four of the five Shark Tank sharks assess their deals before they go ahead.

Greencross founder and chief executive Glen Richards freely admits assessing the deals he agrees to in the tank is not a cheap process, but notes that when you’re a professional investor, “it’s just part of what you do”.

Richards has made a number of investments this season, including an $80,000 deal with Hex Pegs which is in the final stages of due diligence, and a $200,000 deal with Stand In Baby.

Speaking to SmartCompany, Richards says he usually requests all the details to be provided by the entrepreneur themselves, before he “pulls them apart” while liaising with his financial analysts and personal assistant, who used to be an accountant and auditor.

“So I have an in-house team who support me on investments. A fair bit of time goes into assessing and working through all the materials, and we do site visits and we meet the entrepreneurs at least twice over the due diligence process,” he says.

“It’s a systematic process, and we’re looking to see that they’re not just selling a business plan, that they actually have some strength behind them.”

Richards also puts a lot of stock in how businesses are set up for investment, wanting to make sure startups have shareholder agreements and sophisticated financial systems before he takes the plunge.

“Due diligence can take months and months to achieve — easily half of my deals are either still developing or getting into a position where they’re ready for investment.”

For RedBalloon founder and Big Red Group co-founder Naomi Simson, the due diligence process is well established into what she calls a “seven-point” program, with a final step that she thinks is a little unusual.

To start, Simson says she sits down with the entrepreneur and asks them if they really want the deal to happen, acknowledging that “we were on TV” and making sure the two don’t waste each other’s time.

“I then make a Dropbox account for them to put all their company and financial information in,” Simson says.

“That’s like their accounts, what shareholder agreements they have in place, standard due diligence things. Then we work out a shared plan, who’s doing what and by when, and what roles we have to play and what milestones we want to achieve.”

From then on, it’s about looking at the businesses cash requirements, then setting out a forecast, including discussing the milestones at which the business will unlock the different tranches of funding from Simson.

Finally, Simson says she does one slightly unorthodox thing.

“The other thing I do is speak to their customers and their suppliers. They can be quite subjective, and it can really make a difference to how you view a business in terms of how its ran, and how people lead,” she says.

The red entrepreneur has made a number of deals in this season of Shark Tank, including a whopping $380,000 joint investment with Baxter for student challenger bank QPay.

Ever the businessman, Talent2 founder and moderator of the tank Andrew Banks is much like fellow investor Glen Richards, saying a shareholder agreement is “very important to me” and a form of protection for him as a minority shareholder.

Banks also told SmartCompany he doesn’t mind what founders want to do with their company, as long as there’s no surprises for investors and entrepreneurs are willing to put in the work — sometimes without paying themselves very much. “Some deals have gone away, not because we didn’t want to do them but because it got down to asking ‘how would you give yourself a dividend, what are you going to pay yourself, are you committed to doing everything possible to make this company work?’” Banks says.

“When it gets down to some of those issues, there can be some surprise of the side of the entrepreneur. I know founders have to pay themselves a decent salary, but at the same time they’re an SME, so they can’t afford to pay themselves $500,000.”

“After that, the basic process is finding out if everything they told me about the business is as they said, that there’s no surprise debt or surprises in the financials.”

After the two find themselves on the same page, Banks says he talks with the entrepreneur about where they want to take the business in the next one year, three years, and five years, stating he doesn’t mind if “they want to grow it 10 times or if they want to sell it”.

“People like to think business is complicated, but it’s not”

Finally, for Boost Juice founder Janine Allis the decision to invest in a company or not is one she finds fairly easy, and one she also prefers to be involved with herself, declaring she’s “more hands on with [her] due diligence”.

“It’s not difficult, I look at the numbers to see they make sense, to see their business model makes sense, and to see their gross margins make sense. It’s not that hard, and I can make the decision pretty quickly,” Allis says.

“If I think it’s right, then I look at what I’m missing. I get my accountant in to see if what I’m seeing is correct, and I get lawyers in to do high-level due diligence.”

“People like to think business is complicated, but it’s not — it’s really simple.” But for Allis, the process goes one step further than just checking out the business’ financials and accounts. She also places importance on how the entrepreneur acts, and how timely they are with their responses.

“If someone says to me that they’ll get me info on Tuesday and a week goes by and I haven’t got it, God forbid what they’re going to be like when I do business with them,” she says.

“I’m okay if people get busy, but let me know.”