For memobottle founders, Jonathan Byrt and Jesse Leeworthy, doing another Kickstarter crowdfunding campaign after the runaway success of their first was a no brainer.

And after the Victorian entrepreneurs’ second campaign got fully funded for $30,000 in just nine hours, the two say the chance of a third run at it is “definitely” not out of the question.

“There’s probably a high chance we’ll do a third in six months or so,” Leeworthy told SmartCompany.

The duo’s company, memobottle, gained prominence after its namesake product — a slim-profiled reusable drink bottle designed to easily slip into bags — found its way into the gift bags handed out at the 88th Academy Awards last year.

Two years prior, the company saw serious success with its Kickstarter campaign to launch the product, raising $260,000 from over 6000 backers and smashing its original funding goal by 1700%.

The company’s second Kickstarter campaign, launched seven days ago, has raised $68,614 at time of publication.

While the two thought their current campaign might be “similar to last time”, they hadn’t expected the level of support they received.

“Last time we were fully funded in 36 hours, so this is a bit overwhelming,” Byrt says.

“We’re on track to more than double the amount we raised last time if this continues.” 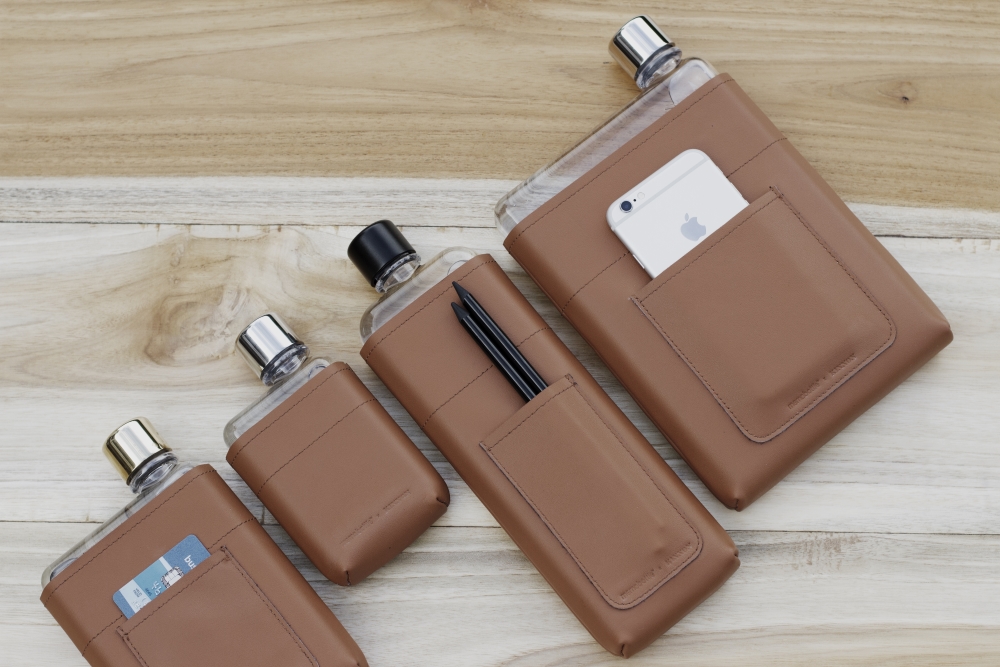 As it approaches nearly four years since the company’s original campaign, the two have done significant research into what makes a Kickstarter campaign click with backers. The business has also expanded significantly in the time since; the two have employed seven staff and sold over 100,000 memobottles.

“We added to what we learnt from the previous one with a lot of research over the past three months. We found it hinges greatly on the imagery you use and how you portray it to customers,” Leeworthy says.

“One thing we learnt is that you need to be able to show the product in three different ways: through video, text, and imagery. You want to be able to sell your product to people who want it explained to them very quickly, but also to the backers who want to dive into the fine details; the designers and the like.”

The second campaign is for a launch of three new memobottles in different sizes, along with an array of different accessories and add-ons, such as metal lids and leather pouches. The founders say they went down the accessories path to try and get customers using the bottles for longer, leading to a reduction in the use of disposable plastic water bottles.

“The main reason we went for a second Kickstarter campaign is to spread the word about the bottles again and form a great talking point. The Kickstarter community is beautiful and they really get behind the message of the product,” Leeworthy says.

The company’s underlying ethos is one of reducing waste, with the two hoping to help halve the world’s use of single use plastic water bottles by 2020. As Kickstarter helps spread that message, the platform also provides a number of other perks for a business that has never received any other external investment.

“It’s a great medium and a cheap form of marketing, as a successful Kickstarter campaign will be picked up by blogs and other media, and snowball from there,” Byrt says.

“Doing a product launch is very expensive, and unless you’re getting investment through funding or some sort of overdraft facility it’s very hard to finance.”

With 60 days to go on the current campaign, the two are expecting to smash the number of bottles sold in their first campaign and hope to send out more than 12,000 bottles once the campaign ends.

It’s like the Voss bottle but you can hold it, well done ?

Great read! Love what Jesse and Jonathan are doing.