How to spot a housing bubble 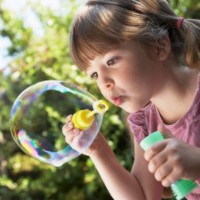 With Sydney and Melbourne’s rising dwelling prices across much of last year, Australia’s property commentators are again looking at the possibility that our price growth is due to a bubble.

The economic phase is largely characterised by prices that have inflated beyond fundamental property values.

Those who have diagnosed a bubble in our housing market are either realists or fear mongers, depending on who you ask. Property Observer took the issue to a panel of economists and industry analysts, asking:

Firstly, let’s define a bubble in more precise terms since there are many different approaches to describe this phenomenon.  I prefer the simple definition that a bubble is “trade in high volumes at prices that are considerably at variance with intrinsic values”.

By this measure, the Australian residential property market is far from bubble territory. In particular:

The reason for low affordability was that the cost of buying (comprising of mortgage payments, council and water rates as well as other expenses associated with owning a property) ballooned to proportions far exceeding the pace of rises in personal incomes, making property prices at that time “considerably at variance with intrinsic values”. Simply, housing market was in a bubble then.

Despite the recent gains in property prices, purchase affordability in 2014 remains at historically high level (not far from 2009 level when Australia and the world were in the depths of the global financial crisis).

Therefore, there should not be any concern about the bubble until the volume of property transactions reaches 2007 levels and until there is a significant drop in affordability. Prices and interest rates still have a lot of room to move before this will happen.

The characteristics of a bubble in the housing market are a combination of overvaluation in terms of the prices relative to fundamentals, excessive credit growth, with signs that investors are piling in using borrowed money and finally self-perpetuated exuberance, where past price gains are feeding current price growth.

We saw that in the major capital cities in Australia going into 2000, 2003 and 2004. We had many years of strong price gain. Housing related credit growth was above 20%, and property spruikers like Henry Kay were out in force. The market had become well and truly overvalued.

In Australia, two cities are in double digits but the other capital cities are seeing growth under 5%.

Sydney was perhaps the most bubbly of all the property markets a decade ago, and it’s the one that had the weakest experience in the last decade, starting with the western suburbs in 2004 and 2005. So there’s a degree of catch up going on in Sydney, which partly reflects a return to confidence.

Average capital city growth is above 10%, but that growth is dominated by Sydney, which is up around 15% or 16%.

There are several things investors need to be worried about with Sydney. Firstly, there are probably better opportunities in the states than in Sydney right now.

Secondly, we have seen a strong recovery triggered by a reduction in interest rates, and they’re likely to be raised again, probably later this year.

Thirdly, rental yields are quite low, so investors getting into property need to accept that they are a lot more dependent on capital growth to get double digit returns, if that’s what they’re expecting.

The term ‘bubble’ conjures up images of some sort of crash, a la some parts of the US, Europe and Japan in recent times, particularly around the GFC. But I don’t think we’re at that point yet. Rates will go up, and capital growth will soften but prices probably won’t crash. The important thing is for investors to have realistic capital growth expectations.

The first thing you’ve got to do is define what a bubble is. And with all property analysis it’s such a vacuous term.

I take the definition of economist Hyman Minsky. He defined an asset bubble as when the rent from an asset, or income from an investment, cannot pay down principal, interest and the running expenses. That means they’re making an income loss. The only way for an investor to make a profit is through capital gain.

That occurred in 2001 onwards when investors on aggregate became negatively geared in Australia. But it’s been worthwhile for most, because the capital gains have been enormous, especially in Melbourne.

There are three requirements of a housing bubble. Firstly, an increase in real housing prices. Secondly, an increase in the debt used to purchase houses, the mortgage debt to GDP [gross domestic product] ratio. That’s something that Steve Keen has popularised. And thirdly, net rental income losses.

You can also see a bubble through other indicators such as price to income, price to rent, total land values to GDP, the value of housing stock to GDP. There’s also the Kavanagh-Putland index – the total value of property sales on an annual basis relative to GDP – and the debt to cashflow ratio, which compares housing debt to income flows, or net rental income.

Right now, we’re seeing the largest bubble on record. In the post-war period we had two major bubbles. First was coming out of the war in 1974. That was a small housing bubble. It collapsed and gave us a severe recession.

In the late 80s, there was a massive commercial real estate bubble which gave us the early 90s recession. With those two bubbles, real prices and private debt moved up. The same trends are present today, but the trends are much greater now.

Housing prices began to lift off in 1996 and peaked in real terms in 2010 – we’ve never had such a sustained growth in housing prices.

If and when it the bubble bursts, it’s going to induce a pretty severe economic downturn. We’ve never had anything quite like a bubble of this size. The biggest one we’ve seen prior was in the 1880s, when there was a bubble in Melbourne and Sydney. When it burst in the 1890s, it destroyed the economy and produced a depression worse than the one seen in the 1930s.