How to stay safe from the property sharks 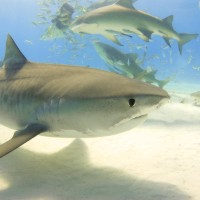 Al, my business partner, and I were recently out at one of the secondary schools talking to the students about the basics of investing and property as an investment option.

But I decided to start my property section a little different from usual and I think it really woke them up.

I wanted to provide them insight to the property world that most Australians never get.

Here’s how it went…

I started explaining to them that I had a friend named Leigh, who when growing up was mesmerised by Hollywood. He loved film making and a bit over 10 years ago wrote a movie script for a little film called Saw. When Leigh and his mate James landed in Los Angeles the first time they were swept off their feet by Hollywood executives and were promised the world. They rejected all offers to purchase their script and decided to hold onto the movie rights. They made Saw and have now gone on to make other films like Insidious, The Conjuring, and James currently directing the latest Fast and Furious film. So yes these boys made it big time.

Hollywood is called ‘tinsel town’ for a reason. There are lots of bright lights but these lights are only there to cover up the rotting core. Talking to Leigh over the years he explained to me that Hollywood is very similar to the way I describe one part of the property industry. The part I relate to Hollywood is what I call the property advisory or seminar circuit.

The thought of making it big time seems fantastic, but something in your gut just doesn’t feel right. This is how Leigh felt about Hollywood and this is how I felt about the property industry.

Wherever there is large amounts of money there will be sharks. So I told the kids I was going to do an exercise and if they participated they would see the advisory or seminar circuit for what it really was. They would hopefully then be able to remain safe as they ventured into the property investment world.

So Al and I split the room up in two. We put on some pumping music and started throwing $20 notes into the crowd. We worked the kids up to a frenzy getting them to yell ridiculous things back and forth at each other. They had an absolute ball and pocketed some quick cash in the process. Al and I joined in the yelling and ran around high fiving all the kids.

I then turned the music off and asked them to sit down. I asked them if any of them had been to a property seminar.

None raised their hands.

I told them that they all had now just been to a property seminar and went on to discuss that the majority of property seminars are design to follow on with charging you for overpriced education or over-inflated property purchases.

Here are some of the points we then discussed.

The dictionary defines a scammer as the following: “Swindler / Scammer: a person who swindles you by means of deception or fraud.”

When it comes to buying property we are talking about large sums of money. We are not buying lollipops. Sadly this brings in the sharks.

Signs that the sharks are circling.

I told the kids that they should always question and advisors motivation. To understand why someone is promoting a certain product or service, you need to firstly understand how they are paid.

These were pretty smart kids so hopefully this lesson will keep them safe in the years to come.

Cam McLellan is a successful property investor, businessman and the founder and CEO of Open Wealth Creation.