How two Australian universities are fostering the next generation of entrepreneurs 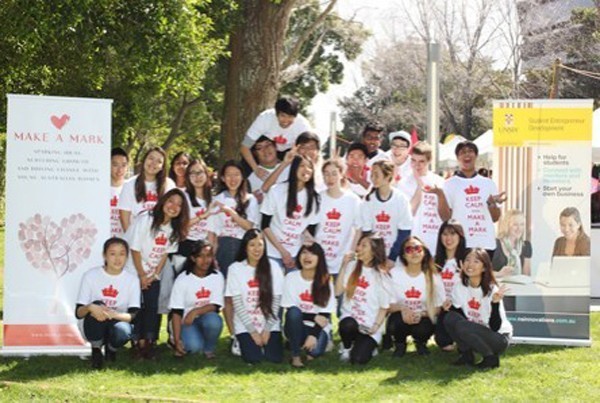 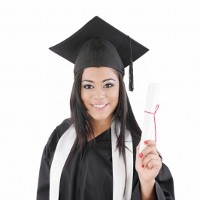 Three and a half years ago, the University of NSW took a big risk.

It offered hands-on, direct startup experience, embraced the possibility of failure and created a web of connections with the world outside the uni – many things that clashed directly with how higher institutions often operate.

It began as Joshua Flannery’s pet project – a “one-man band” dedicated to producing the nation’s next generation of founders and entrepreneurs.

But it grew quickly and rapidly helped to positioning UNSW as the country’s most prestigious and successful entrepreneurial university.

“It started off very much as an experiment,” Flannery tells StartupSmart.

“But within 12 months I was struggling to deal with 100 real startup and small business projects.  From there I was able to pitch for new resources and form a more fully-fledged team.”

The risk had paid off.

That’s what a recent study released by the CSIRO and conducted by Spike Innovation director Colin Kinner says, claiming these institutions are “late to the party” and stuck in a traditional method of teaching.

But there are some shining lights, and UNSW is the brightest of them all.

“They’ve got a broad sweep of programs aimed at supporting student entrepreneurs and exposing them to the idea of startups.”

The report also recommends a way forward for unis, with experiential learning, teachers with a background in startups, early introductions to the concepts, non-compulsory courses and various ways to help commercialise students’ ideas.

The blueprint is basically what the UNSW Innovations department is currently doing.

“We’ve hit the nail on the head with this one,” Flannery says

“A lot of that reads as a checklist of what we had taken a punt on in 2012. We backed ourselves.

“It’s about building an army of entrepreneurs will real-world experience.”

The core of what UNSW does for entrepreneurialism is in the non-credit classes, the non-compulsory lessons set aside for the serious innovators.

“There’s no credit or acknowledgement in the academic world for what they’re doing – they’re saying: ‘I want to do a startup for real, how can you help?’” Flannery says.

The university has supported 400 student and alumni-led startups and small businesses since July 2012 and claims to have produced more CEOs and millionaires than any of its competitors.

Startups that have passed through UNSW’s doors include Internet of Things company Forcite, publishing platform Issue and Conscious Step.

Flannery’s baby, the Student Entrepreneur Development Centre, provides the key link to the outside startup ecosystem, and now has three full-time staff members.

“The team is a guide and connector for these students and alumni to the people in the startup ecosystem who might become mentors, organisations that might become partners or just the next step in a particular stage of the process where they need to validate it,” Flannery says.

“If you need a job, you go to the careers office. If you have an idea and want to make it into a startup, then the doors are always open here.”

There’s also a pro-bono legal centre and a “world first” FounderLab, which helps students to build an MVP of their tech idea.

These webs of connections that snake across most faculties have formed over time, Flannery says, and have only just begun to be consolidated.

“It’s taken a few years to get everyone on the same page,” he says.

“Now we have a page that has everyone listed in their category of entrepreneurial support on campus, and that’s quite significant.

“For some people seeing is believing.”

Introducing entrepreneurial teachings and practices into universities can be seen as a microcosm of the process of creating a startup.

It begins with a new idea shared between a handful of people – one that’s often in direct opposition to the status quo.

A team gradually forms around the innovation, utilises lean approaches to test and refine the process, bringing in more people along the way.

If everything goes to plan, the traditional way of doing things is thrown out the window, and the new ideas expand nationally and internationally.

But there’s still a lot of hard work to be done to get Australia back on level-pegging in the international startup scene, Flannery says.

“We’re still quite a way behind the leaders globally,” he says.

“It’s motivating to see how much we’ve done in a short time but we’ve got a long way to go.

“That equals a lot of opportunity and hard work in co-ordinating our efforts to further put Australia on the map in a global context rather than just in our own backyard and patting ourselves on the back.”

Monash embarking on the journey

Nearly 900km away, Monash University is trying to follow in Flannery and UNSW’s footsteps, and Buzz Palmer is leading the way.

The CEO of STC Australia and lecturer in entrepreneurship and technology commercialisation is working with the Victorian university to position itself as a leading institution for training entrepreneurs.

Fifteen new programs will be launched for the first semester next year, which Palmer hopes will begin a broad cultural change throughout the university. There’ll also be many of the hallmarks of wider startup communities: hackathons, pitching competitions and international trips.

For next year, Monash will have a mentor network of 400 people, an entrepreneurial lecture series, and an incubator. By 2017, it hopes to have launched an accelerator, seed fund, angel network and startup bootcamps.

This process will culminate with the opening of a whole new entrepreneurial facility in three or four years.

It’s a hard task for Palmer, and one that requires a willingness to change and adapt for all levels of the university.

“The direction has come from the top: we have to change the culture,” Palmer says.

“There are two types of people at university: those that want to change, and those that don’t quite understand it and fear the change.

“We’ll start across the whole university and demonstrate the capability and capacity that the university has to be entrepreneurial and drive technology to the marketplace.

“We’re choosing things we know are effective and accessible, and driving it through the university.”

Both universities’ efforts form a central argument in an ongoing debate – should we be looking to research and higher education to produce Australia’s innovative ideas and companies?

Commercialisation of research that emerges from universities is a primary concern for Australia at the moment, with a recent report saying innovation is suffering from a “lack of direction” and “haphazard” approach, and enormous opportunities are being missed.

For Palmer and Flannery, the current system employed by most Australian universities isn’t working, and things have to change quickly to take advantage of the current focus on innovation and startups that’s taking place in Canberra.

For all the rhetoric, and the funds being poured into the sector at the moment, it’ll be for nothing if there isn’t a next generation of entrepreneurs, innovators, inventors and founders there to reap the spoils and drive the economy.

“The general consensus is every university in Australia is talking about it, and a few are starting to take a lead,” Palmer says.

“In the next few years there’ll be a culture change across Australia, and our new leadership is demonstrating that.”

For the universities it’s a long-term play. Neither UNSW or Monash will be taking equity in any of the startups they produce, so it’s more about the distant future where successful entrepreneurs might pay it forward.

“We’re not looking at a transactional relationship with the startups, we’re definitely hoping for the US model so in 10-15 years later the few big winners out of the teams we’ve helped can take a look back at the university and remember the value we added and hopefully give back,” Palmer says.

Introducing entrepreneurialism into universities is a long process. It’s more than just new courses, programs and lecturers – it requires an entire cultural shift to one that embraces failure and risk, and the advantages of real-world experience over textbooks.

For UNSW, the work that Flannery began in 2012 is finally beginning to pay off, but it’s not something that can just be copied by other universities around the country.

“It’s difficult to prescribe a model,” he says.

“Ours was definitely born out of the environment on campus here and all the different initiatives that already existed in silos. The first step is just getting everyone in the room.

“The various faculties and schools tend to have this, ‘we own entrepreneurialism’ attitude, but anyone that’s been in the space for a while knows that it’s cross-faculty collaboration.

“The more you can integrate with programs and events in a platform that brings everyone together, the more success you’ll have and the faster it’ll be.”

Just like startup founders, universities need to be taking more risks like UNSW did back in 2012, Palmer says.

“It’s a gut feeling, an innate culture within somebody. What you can teach are the skills necessary for them to be a successful entrepreneur.

“Education is one thing but actually doing it is something else.

“Allowing the students the opportunity to build companies and experience failure early on is critical – it’s the best way to understand it.

“All universities in Australia have to be a little more risky.”