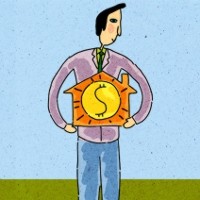 Divergent trends are apparent in the housing market of late, with investors continuing to show momentum, while credit to owner-occupiers has consolidated since the end of last year.

The surge in investment loan lending to pre-GFC levels saw loans to investors in June jump 0.9%, according to Reserve Bank of Australia data published Thursday.

Loans to households – including owner-occupiers – rose by a more modest 0.6%, taking the annual gain to 6.4%.