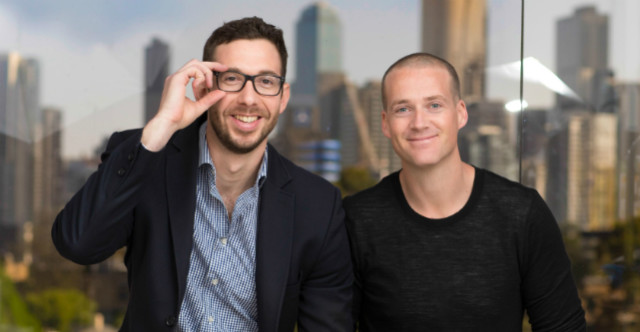 Influencer marketing startup Tribe has closed an over-subscribed $5 million Series A funding round as it sets its sights on a rapid international expansion.

The Melbourne-based startup announced plans to raise the funding in April and eventually closed the round at $5.35 million, bringing the total funding in the tech company to $8 million.

Founded by TV and radio host Jules Lund, brands can work with these influencers through the platform to create content to share with their followers.

The funding round in Tribe was led by Exto Partners, which has also backed Airtasker, another two-sided marketplace platform.

Tribe chief executive Anthony Svirskis says that while the fundraising process is never pleasant, it has all paid off now.

“I don’t think anyone involved in capital raising ever really enjoys the process – it’s time-consuming and takes the focus away from the business,” Svirskis tells StartupSmart.

“But it ensures you have robustness in the business and means you need to have a very strong core product and future strategy.”

While not revealing the valuation that this round placed on Tribe, the company said it was seeking a pre-money valuation of $15 million when the round opened in April.

Initially seeking $5 million, the round was slightly oversubscribed, but the chief executive says he was still very careful about picking which investors to partner with.

“We were still very considerate about taking investors who we feel can help us in some way,” he says.

“These are people we want to involve in our business. It’s pleasing to be over-subscribed and have that level of confidence from them in where we’ve come and where we plan to go.”

The cash injection will be used to fund a rapid international expansion into two to three markets at first, as well as for further product development, Svirskis says.

“Any early-stage business needs to balance the local market position with ensuring the product is mature enough to move into international markets, and knowing when to press that button,” he says.

“We’ll continue to invest in the product to bring it up to a higher level and we’ll be spending a bit of money on market entry.”

To identify the best markets to expand to, Tribe completed a quantitative study on 53 markets on key metrics including social media ad spend and Instagram penetration.

“That process is very strategic, it’s not about spreading as far and wide as possible,” Svirskis says.

Tribe launched nearly a year ago, and Svirskis says the platform has enjoyed 20% month-on-month growth in the last six months for all key metrics, including revenue.

The startup has now partnered with over 500 brands on over 9000 campaigns, and has 4500 influencers on the other side.

“I spent most of my time on the capital raising so it was really pleasing that the business continued to grow in the background,” he says.

“Ultimately what we’ve built is a tech product which can benefit from word-of-mouth and a network effect, and we’re starting to see that.

“Even when we stop all marketing that growth still continues – it’s a self-serve tech platform.”

He says that this latest funding round will give Tribe enough runway to facilitate rapid growth and expansion in the lead up to a large Series B round in 12-18 months’ time.

“It’s nice to have the ability to do that and to back ourselves to carry out our ideas,” Svirskis says.