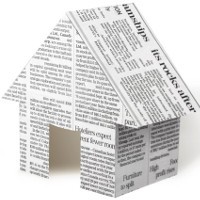 What are we to believe about the state of the mythical national property boom?

We were told it was over, based on the figures for May, but now the data for June suggests it’s still very much still on.

When RP Data rushed out its findings for May, commentators competed to be the first to declare “the boom is over”. It didn’t seem to bother any of them that the boom had been declared to be finished twice before, only to be contradicted by subsequent data from the same source.

Now it’s happened again. June figures show a 1.4% index rise for the combined capital cities. Annualised, that equates to double-digit growth – if you believe the figures.

I’ve been scouring media sources over the past week to read the apologies from all those self-proclaimed analysts who misled the Australian public by declaring the death of something that appears very much alive.

To date, no apology has been forthcoming.

Do they all deem it of no consequence that they grossly misinformed consumers about a matter of considerable importance? Is it just a game they play in the pursuit of publicity? Are they really that shallow and lacking in ethical substance? Apparently so.

In reality, none of these monthly movements in median prices or price indexes mean a damn thing. That is the core message of this latest media fiasco on the state of the mythical property boom.

Monthly movements are meaningless. That is true of house prices, just as it is for retail spending or building approvals or the jobless rate. The graph depicting data on any economic or real estate subject is never smooth. There are always monthly aberrations.

The only thing of any relevance is the longer-term trend.

I’m quite certain most of the people publishing or commenting on real estate data know this to be true. If they do not, they’re incompetent and have no right to put their views into the public arena.

So, why do they do it? Because they don’t care if they misinform and confuse the public, so long as they further the end game – publicity for themselves and their businesses.

They’re shysters, every one of them.

The data for the financial year just ended shows why I term the national property boom “mythical”. The annual figures suggest that only Sydney has had a property boom.

A true national boom is when all – or, at least, most – capital cities plus major regional centres have double-digit price growth.

If we are to believe RP Data, five of the eight capital cities, plus the regions, had annual growth lower than 6% in the 2014 financial year. Only Sydney among the major markets across the nation had double-digit growth.

Brisbane grew 7% and Melbourne about 9%. Solid markets, but not booming ones. Not yet, anyway.

Bogus analysts, including most economists, simply look at the national average figure – 10% in this case – and declare that to mean something: a national boom, or a bubble, and then start looking around for someone to “blame” for runaway house prices across the nation.

The usual suspects are negative gearing, first home buyer grants, foreign investors, property taxes, low interest rates and the equally mythical housing shortage. One commentator recently tied himself in knots trying to construct an argument that other countries’ economic policies were to blame.

The reality is that Sydney’s data has inflated the national figure. The national city average might be 10% but only Sydney has recorded growth that big.

Some of those analysts know no better. They look at a graph on their computer screen, which is the extent of their knowledge of real estate matters, and pontificate about the “national property market”.

Others do know better but are too lazy or dishonest to put together a thoughtful and thorough analysis.

As a result, the great seething mass of misinformation grows larger by the day.