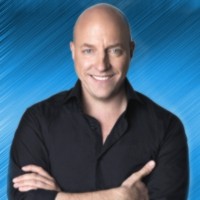 Marc Andreessen recently lamented the death of the IPO in the United States, blaming over regulation and short sellers as the reason why the general public no longer gets to share in the spectacular capital returns that earlier technology stocks like Microsoft and Amazon delivered.

While over regulation in the US with regimes like Sarbanes Oxley is a major problem, the data from the National Venture Capital Association shows that over the last five years that both the number of IPOs and the total amount offered is actually in an uptrend. In fact, the first quarter of 2014 saw the strongest three month period for new listings since 2000, and Alibaba isimminently coming to market which will lift the trend in 2014 significantly.

While I agree that regulators in the US have been cutting off the nose to spite the face, I’ve certainly never heard someone say I’m not going to take my company public because the short sellers are scary.

Shorts selling, or borrowing stock from someone else to sell is an incredibly dangerous game. When stocks go down, the lowest they can drop to is zero- but they can go to the moon if a stock suddenly gets hot and sellers decide they no longer want to sell. This is called a short squeeze, and it can drive a short seller bust in an instant- just look up the story of Volkswagen 911 to get a taste. In particular, I can’t see why Marc has an issue with Regulation Fair Disclosure, because the shorts will still be spreading falsehoods regardless of whether you’re allowed to say anything.

Also, since April last year you’re allowed to tweet or use social media to debunk rumours, and I don’t know why you wouldn’t want to tell everyone if it bothered someone so much that they gave you a call to discuss the issue. Reg FD is very similar to the regime in Australia of Continuous Disclosure that has existed for years.

Aside from over regulation, the real reason that stocks appear to be IPOing later to Marc is that he and his top performing peers have been raising bigger and bigger funds, and keeping the spectacular gains that technology companies can deliver all to themselves. This is partly explained by the necessity of having to put more and more money to work and not having many options on how to put all these billions of dollars to work in a way that will generate a return.

VCs make their money from a remuneration structure called “2 and 20”; a management fee (typically around 2% per annum of the funds under management), and a performance fee (typically 20% of the gains the fund makes, over a hurdle rate like 3-5% over a public markets benchmark).

The report revealed that venture capital itself is a very tough business unless you are one of the select few funds with a strong brand. It found that venture capital returns haven’t significantly outperformed the market since the late 1990s, and since 1997 less cash has been returned to investors than has been invested in VC.

This is, unless you are on of the few top venture brands. These funds benefit from what is known as an information cascade, which is a self-reinforcing loop that because you have a top brand, all the best deals flock to you, and as a result you get the best return, and hence maintain the best brand. As a result, some of the very best funds charge a 30% performance fee, making even higher windfall profits.

While the average venture fund size in the US as a whole hasn’t risen, the concentration of funds into the top firms has skyrocketed. Historically, the top 25 venture firms raised 30% of all venture dollars. During the first half of 2012, the top 10 firms raised 69% of all dollars.

Some venture firms have made windfall profits for the partners as a result of this from simply pyramiding the size of successive overlapping funds.

As an example, consider Cowboy Partners raising a $100 million dollars for its first fund. The 2% management fee would equate to $2 million a year, and that would pay for a nice office and indoor putting range, but more importantly dictate how many investment managers the fund could afford. In the case of our $100 million fund, the $2 million would pay for maybe 3-4 investment managers, finance and secretarial staff.

These managers only have so much bandwidth, so maybe you’d invest in 10 or so companies, and over the seven year life of the fund you’d put on average $10 million or so into each company.

The cardinal rule of venture investing is the golden rule- he who has the gold rules. This is otherwise known as never run out of dry powder for follow-on investments. If you run out of dry powder, you’re going to ski into the rocks because with private, illiquid companies you have no easy way to get out in a hurry and later investors can screw you thanks to changes in control and deal terms like liquidation preference.

So if you have $10 million to put into a company then you’d put maybe $2 million in the first round, see how the company goes, maybe $5m in a Series B and hold the rest for later rounds. Good companies you’d put a bit more than average in later, and you’d cut your losers pretty quickly.

What the Kauffman report showed is that venture capitalists have also been making windfalls from the management fee by raising successive, larger funds before profits had been realized in their earlier funds. So, after 18 months of investing out of the $100 million Cowboy Partners I fund from which they made a management fee of $2 million a year, they would raise $500 million for Cowboy Partners II, from which they would make $10 million a year.

Eighteen months into that they would raise $1 billion for Cowboy Partners III, from which they would make $20 million a year. So by this stage they are making $32 million a year for doing bugger all. Bear this in mind when considering that the Kaufman report stated that the average VC fund barely manages to return investor capital after all fees are paid.