Meet the men cashing in on Australia’s aged care crisis 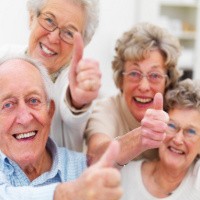 It’s a recipe for disaster. Two recent raisings — the $450 million float of nursing home operator Japara and a $100 million capital raising by the G8 childcare group, still underway — are another sign we have failed to learn the lessons of the financial crisis, and that irrational exuberance may be returning to the sharemarket.

Soft business coverage is one dead giveaway. Japara Healthcare, the first pure aged care company on the ASX, which made a stunning debut last Thursday, got a dream run in the media, with underwriter Macquarie apparently “inundated with calls” ahead of the float at $2 a share. After Japara shares jumped 35% on day one, to close at $2.70, The Sydney Morning Herald quoted analysts from (who else but) Macquarie! The Japara float was so successful, it is expected to lead to copy-cats, with private equity-backed Allity lining up for some easy money.

It is easy to be bullish on aged care. We all know about the ageing population. The government forecasts we need another 74,000 nursing home places (on top of the existing 186,000) by 2022. That will cost $25 billion, so private investment is necessary. The previous Labor government’s “Living Longer, Living Better” reform package, enacted last year and coming into force from July 1, will abolish the distinction between high-care and low-care beds in nursing homes and make it possible to charge all residents an accommodation bonds.

Accommodation bonds are the key to investing in nursing homes, and provide just the kind of complexity and opacity that financial engineers like Macquarie love to exploit. The policy framework was set up in 1997 under then-prime minister John Howard with close involvement from the private sector, particularly the late Doug Moran. It is a fairly one-sided arrangement: the aged care provider gets the interest generated by the bond, for working capital or any other purpose (sometimes including cross-subsidising parts of the operator’s business, outside aged care) and can deduct a regulated amount each year (currently almost $4000 annually).

It is effectively free money; providers can charge whatever bond they think the market will bear, relative to local house prices given most residents sell their homes to raise the bond. Bonds were not expected to exceed $100,000 originally, but are averaging about $275,000. There are fears they may go higher.

Japara’s prospectus explains that bonds of existing nursing home residents are generally paid out — on average, after a 29-month stay that ends either in death or relocation to acute hospital care — with bond money deposited by new residents, which have generally risen in the meantime in line with property prices. At the risk of being alarmist, paying out earlier entrants with money deposited by later investors is one of the defining characteristics of a pyramid scheme.

Indeed, although the bonds are backed by a government guarantee — which has been called on to cover $25 million in bond repayments to date, out of a national pool north of $12 billion — Japara’s own prospectus canvasses the risk that “a major issue at a facility … could require Japara to repay a large number of bonds that cannot be replaced immediately”.

From July, residents will be able to choose between paying an accommodation bond or an equivalent daily rate, or any combination of the two. When the reforms were introduced, the industry warned many residents would choose either not to pay a bond, or to pay a much smaller bond. This could cause a one-off outflow of capital, threatening the balance sheet of smaller operators, as old high bonds were repaid and replaced with smaller bonds. Japara chief Andrew Sudholz told the Senate inquiry into aged care last May this was a “massive, serious risk for the industry”.

Where Sudholz sounded bearish a year ago, however, Japara’s April prospectus was upbeat, declaring it was poised to benefit and sees “significant latent cash flow potential” as it will be able to charge bonds for its high-care beds. Japara is forecasting cash inflows from bonds will rise from $9 million in 2012-13 to $25 million in 2013-14 and triple to $77 million the year after. Japara expects its accommodation bonds to rise from $236,000 on average to $264,000 this year alone.

Where do rising bonds leave the aged? It is hard to predict how the reforms will unfold. Charmaine Crowe, senior adviser for the Combined Pensioners and Superannuants Association, believes many residents will still choose to pay higher accommodation bonds to keep their assets down so they can hang onto their pension, soon subject to tighter means testing. Crowe says there is an inherent conflict of interest between for-profit companies, with obligations to shareholders, and care for the aged.

“Making a profit is always going to trump quality of care,” she told Crikey. “We believe the current regulation around care quality is failing and doesn’t ensure resident health and welfare is upheld.” She also warns against providing excessive public funding to provision of nursing home places, when a better and cheaper alternative would be to fund home care, given the overwhelming preference of the elderly is to stay in their own homes. “Nobody wants to move into a nursing home unless they absolutely have to,” she said.