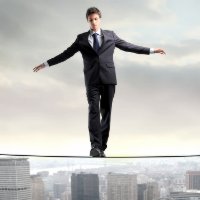 The latest Structured Thinking Asia Pacific report from Moodys has pointed to the increased number of Australian owner occupier home buyers taking out interest only mortgages and the risks inherent in this decision.

Assistant vice president – analyst for Moodys, Alena Chen, noted that it is particularly credit negative for future Australian Residential Mortgage Backed Securities as these loans have a higher risk of delinquency and default.

This is particularly the case in today’s low interest rate environment with the expectation that rates will head north in 2015.

“Over the past year, a notable rise has occurred in the amount of IO loans in Australia and owner-occupiers — people who buy a home to live in, as opposed to investors who buy to rent out — are accounting for a growing share of these loans,” explained Chen.

While interest only loans are common among Australian investors due to the ability to claim the interest costs as a tax deduction, home owners are unable to make these same claims.

“There are concerns that many of the owner-occupiers taking out these loans — which are generally larger than the traditional Principal and Interest loans — would consequently find it difficult to service them if interest rates start to rise,” she said.

In June 2014, the Australian Prudential Regulation Authority recorded that interest only loans accounted for 43.2% of all new mortgages, up from 38.6% in the corresponding 2013 period.

During this period, the proportion of loans for investment properties also rose to 37.9% from 35.2%. But the rise was not as prominent as that seen in the interest only loan growth, which suggests that more owner occupiers are opting for interest only loans.

“Interest only loans, whether they are for owner-occupiers or real estate investors, generally carry a greater risk of delinquencies and default than traditional principal and interest loans,” Chen said.

“In particular, interest only loans are more sensitive to interest rate rises than PI loans because of their larger amounts and slower amortization rates.”

They are particularly sensitive upon reverting to being a principal and interest loan and payments subsequently rise – usually five to 10 years later.

With current record low interest rates, the delinquency rate for interest only loans is lower than principal and interest loans.

“This situation reflects the fact that monthly repayments for interest only loans are lower than principal and interest loans. However, our expectation is that interest rates in Australia will rise in 2015, putting more pressure on interest only borrowers and resulting in greater levels of delinquencies and defaults,” she said.

“Real estate investors in Australia can claim a tax deduction for the interest costs of their loans, which will help offset the impact of higher rates. However, owner-occupiers are not eligible for such deductions.”

With this in mind, it will be owner occupiers that feel any increase in rates most severely, rather than investors.