Negative gearing not just for the wealthy: 70% claiming rebates earn less than $80k 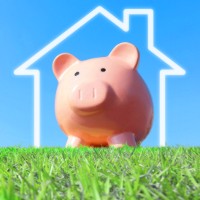 Any move to scrap negative gearing would affect Australia’s “mum and dad” investors, according to research that shows just under 74% of those claiming the rebate earn less than $80,000.

With calls to scrap the tax never far from public debate, the research shows the property tax break is not just for the wealthy, as often assumed.

Negative gearing allows investors to claim full tax deductions for interest costs and other property expenses when the investment is less than the cost of owning and managing the investment.

Statistics from the Australian Tax Office, provided to SmartCompany by the Property Council of Australia, show 883,325 of the 1.266 million individuals that declared a net rental loss earned under $80,000 in 2011-12.

Individuals declaring a net rental loss, earning under $80,000pa and eligible for negative gearing concessions equated to over 782,000 out of 1.078 million individuals or nearly 74% of low to medium tax payers accessing negative gearing.

Job classifications from the ATO show the majority of those are teachers, nurses, clerical and emergency workers and salespeople.

Nick Proud, executive director of the Residential Development Council, told SmartCompany many would also be small business owners or sole traders, but it is difficult to determine given the ATO’s classification by industry.

The statistics also show 73% of the Australians accessing negative gearing only own one property and a further 18% own two.

“The majority of these people are not property barons,” says Proud.

“They are average mums and dads, people who don’t want to leave it up to the government to look after their retirement.”

Proud says these investors are providing homes for people not far below their own earning capacity.

He says any action to remove negative gearing from the tax books will result in a slowing up in the interest in rentals, with rental numbers declining and an upwards pressure placed on rents.

He also says investors claim around $16 billion in other rental deductions for property maintenance through their negative geared properties.

“That flow-through to economy would happen straight way and we would see a significant decline in jobs,” says Proud.

Proud also says there would be a significant effect on the demand on public housing, with Australian Bureau of Statistics data showing a huge reduction in building approvals for such accommodation in recent years.

He tells SmartCompany negative gearing legislation has been in place from 1936 for good reason.

“Negative gearing is a fantastic opportunity for everyone, in any wage or income bracket,” says Chant.

“People love getting into property and what easier way to reduce your income tax.”

But Taxpayers Australia’s head of taxation, Mark Chapman, tells SmartCompany it may not be worth those in lower income brackets getting into negative gearing investments.

“I wonder whether so many people in those lower income thresholds misunderstand the extent of tax brackets,” says Chapman.

“If people in those income brackets go into property investment because they want to be property investors and have commercial judgement fine, but if they look at it as a means of saving tax, ultimately they will be disappointed.”