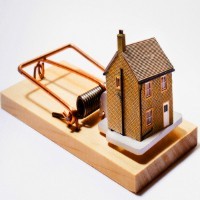 New property investors are taking on higher risks as prices are already high and growth in rents has slowed, the Reserve Bank of Australia (RBA) has warned.

“I contend that a reasonable interpretation of events is that they are leading to some increase in overall risk,” Philip Lowe, the RBA deputy governor told the Commonwealth Bank of Australia’s 7th Annual Australasian Fixed Income Conference.

“It is important to make clear that I am not saying that this will end badly, or even that is likely to end badly – just that, on average, recent loans are probably a bit more risky than those made earlier.

“One reason this might be the case is that the likelihood of some type of painful household balance adjustment in the event that there is a correction in the housing market, while still not high, has probably increased. Given this, it is prudent for both borrowers and lenders to be careful.”

Lowe noted the Australian Prudential Regulation Authority (APRA) has been discussing this evolution of risk with financial institutions for some time, with consideration of “modest and sensible changes” within the existing prudential framework.

His commentary on the housing marketed noted the very strong demand by investors to buy housing for the purposes of renting.

“Perhaps not surprisingly, the biggest increases in housing prices have occurred in the city where investor demand has been strongest – namely Sydney.

“Overall, investor credit outstanding is growing at an annual rate of close to 10%, around twice the rate of increase in household income.

“A fairly high and increasing share of these investor loans do not require the repayment of any principal during the life of the loan.

“And this is all occurring in an environment in which growth in rents has slowed and the ratio of housing prices to income is at the top end of the range experienced over the past decade or so.”